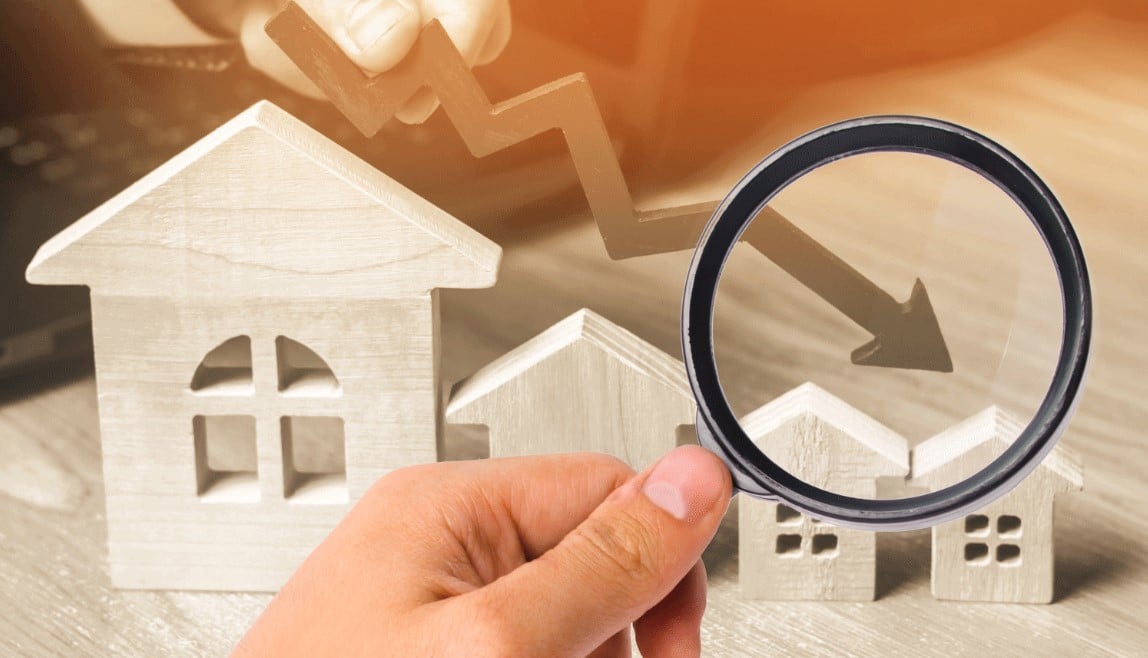 Year-on-year listings were also down by 1.8%. 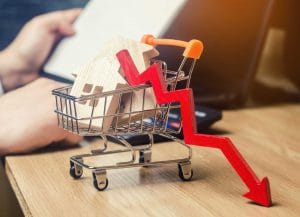 All states experienced a decline in property sales listings over the month, with Melbourne and Sydney experiencing the highest decline at 10.8% and 10.7% respectively.

Hobart was not far behind with a 9.4% decline, followed by Canberra with a 9.0% decline.

Darwin recorded the lowest decline at 1.3%.

Canberra’s year-on-year listings increased by 12.5%, the highest % increase in the nation, followed by Melbourne with an increase of 5.7% and Hobart with a 4.8% increase.

It is not unusual for listings to decrease in June, the start of the colder winter months.

Also, with falling house prices in recent months, most vendors have preferred to wait and watch.

The modest rise in asking prices in most cities could be a result of reduced stock levels and also increasing buyer confidence due to multiple factors including the Coalition victory, the RBA cash rate cut in June and the relaxation of mortgage lending rules by APRA.

With further RBA rate cuts expected, we could see increases in property listings in coming months.

Capital City asking prices increased marginally by 0.4% for houses and 0.8% for units, over the month to 2nd July 2019.

Compared to a year ago, the capital city asking prices posted declines of 5.4% for houses and 3.1% for units.

Darwin was the only capital city to record decreases over the month in both houses and units, at 1.5% and 0.2% respectively.

Sydney’s property prices appear to have made a modest turn around and have now posted increases of 1.0% for houses and 1.3% for units over the month, after two years of cooling prices. Sydney’s 12 month decline is 8.1% for houses and 4.8% for units.

Perth, Adelaide and Hobart’s house and unit prices have also increased marginally over the month.

Melbourne’s house prices have increased by 0.3% over the month, however unit prices show a minor decline of 0.3%. 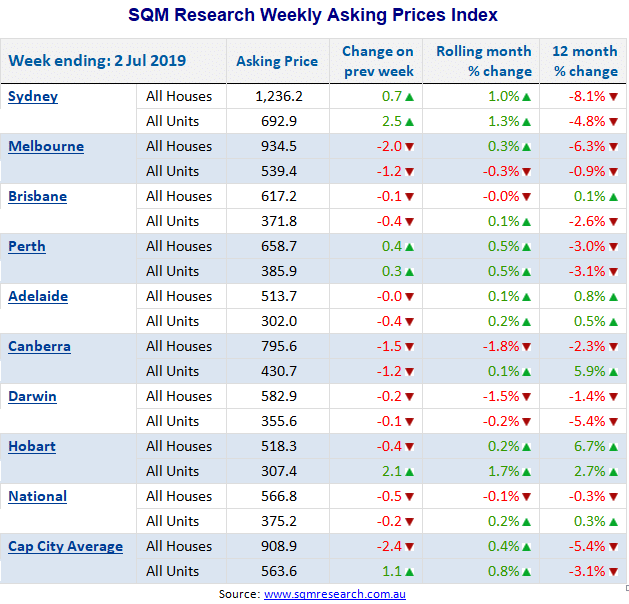