The number of Australian residential property sale listings rose in all capital cities during the month of May, as agents experienced a seasonal boost to listings post April holidays.

Sydney and Melbourne recorded the heaviest changes in May, as a result bringing the national average up.

Melbourne recorded the biggest yearly change, with listings falling by 16.0%, reducing the number of properties for sale to 39,912.

Sydney soon followed with listings down 14.5% from this time last year.

While it is pleasing to see the rise in listings for May, particularly in Sydney, I am not so sure this is going to be carried forward in the current month of June.

Anecdotally I am seeing evidence that the May listings have been quickly absorbed and we are currently back to record low levels of stock, particularly for Sydney and Melbourne.

Asking prices in Sydney rose again, with a monthly rise of 1.4% for houses and 0.8% for units.

Melbourne recorded a surge in asking prices for houses with a rise of 1.9% for houses.

In contrast, median asking house prices in Darwin continue to fall with year-on-year comparison showing a 12 month decline of 2.4% for houses, and 8.8% for units.

Canberra also recorded yearly falls with asking prices for houses down 3.4%, and 5.0% for units. 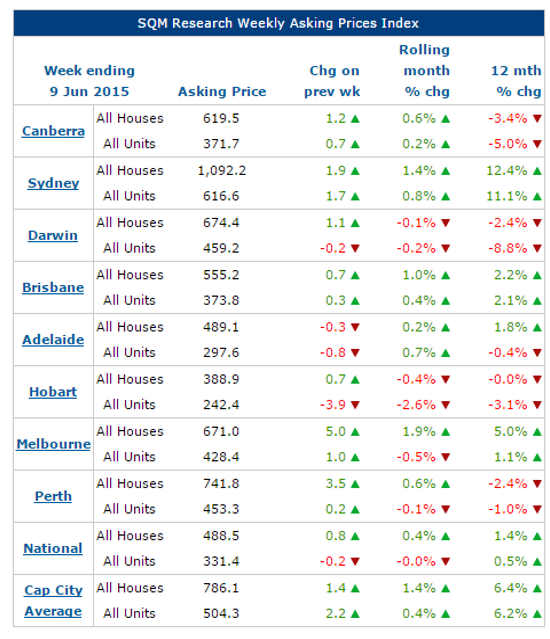 'The mercury is rising: Property listings and asking prices heat up' have no comments