The universe is out of balance. Investors have long known about Pareto’s Law or the so-called 80/20 rule, which holds that the vast majority of outputs typically come from a small minority of inputs.

The 80/20 rule can be applied to all kinds of areas of your life, such as investing, managing your time, targeting customers or any number of areas of business.

In 1949, a Harvard linguist named George Zipf (not to be confused with the comedy character you never get to see in the Airplane movie) noticed an unusual thing about the way people use words.

After ranking words in order of popularity in any given language, he concluded, the most used word is used twice as much as the second word, three times as much as the third word, and so on. 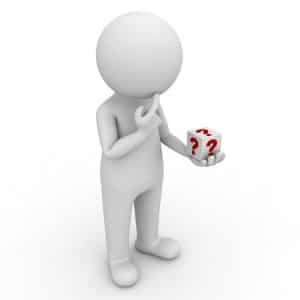 Zipf’s christened it as his “rank versus frequency rule” and it was later found that it could also be applied to other areas such as income distribution: the richest person tends to make twice as much money as the second person, and so on.

Curiously, although Zipf’s Law can also be applied to trade or the way we communicate, nobody has yet really managed to figure out why it works.

One of the areas in which Zipf’s Law was found to be most effective was in relation to the population size of large cities over the past century.

This has even been seen to work when populations are growing at manic speeds.

How does this idea work in practice?

The theory works especially well in the US. 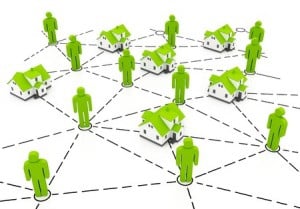 Of course, like many such ‘laws’, this is not meant to be taken too literally.

For one thing, the numbers are far from exact, and for another thing, much depends on where you draw the respective city boundaries.

The law also breaks down when applied to smaller cities of less than 100,000 people.

And what about exceptional cases such as Britain where London’s gigantic population is the same size as the next six urban populations combined?

In Australia, the populations of Sydney and Melbourne also don’t fit the bill, actually being fairly similar in size, and together making up nearly 40% of Australia’s total population.

Clearly, there are some major exceptions, but it’s worth considering why these ratios tend to occur in so many countries of the world.

Why does Zipf’s law occur in city sizes?

Why does the relationship even exist in the first place?

Clearly in part, this is because large cities tend to expand via immigration, and the largest cities tend to attract immigrants seeking jobs and opportunities. 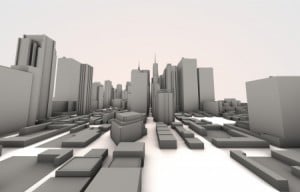 In Britain many immigrants often used to head to London simply because they knew of nowhere else to go!

It’s also partly about economics: the largest cities produce the most wealth and therefore the populations tend to expand accordingly.

Remember that Zipf’s law also applies to to income distribution, we often find that the largest cities are home to both the richest (as well as many of the poorest) people in any given country.

In spite of the above, more detailed research has found that the Zip’s Law relationship between the population sizes of cities tends to break down where the cities in question are not integrated economically.

The suggests that the law must be something to do with the way in which economies work.

It’s tremendously exciting to live in a city like Sydney where the population is growing at around 65,000 people per annum, since the city is constantly changing before your eyes. 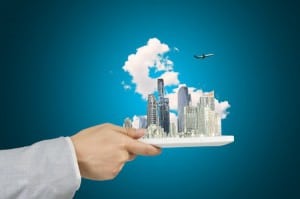 It’s almost impossible to imagine how Sydney might look in the future as the population rockets towards 8.5 million over the coming decades, but there will certainly be lots of new building to be done.

When the population of a city grows, immigrants can’t simply move in and start living.

We have to build more houses and apartments.

This in itself creates more construction work and economic output, but…

…the 3/4 Power Law
However, when the population of a city doubles, it does not follow that the city needs double the number of service stations, for example.

In fact, research has consistently shown that a doubling in the population might only necessitate a 75% increase in the number of service stations.

For the way cities use their resources as they grow the natural 3/4 power law applies, a law which, unusually, also governs how animals from mice to tigers to elephants use calories energy as they get bigger.

This might sound like claptrap, but academics and mathematicians are convinced that these consistently recurring ratios are not coincidental, even if they don’t yet quite understand why.

Anyway, the very important underlying point here is that, due to synergies and their existing employment markets, infrastructure and facilities, cities become more sustainable through growing bigger.

Wealthy immigrants and capitalism without capital

The new significant investor visa in Australia, whereby investors with $5 million to spend on qualifying assets are able to secure Australian residency, is generating a fair few headlines at present.

Clearly the new visas, while controversial, bring new wealth into Australia, although the number of visas issued to date remains relatively small at 144 (another 468 applications are pending). 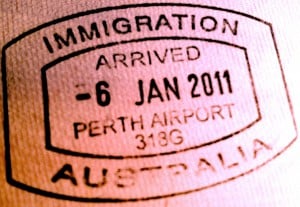 Fairfax, in particular is really going to town on this issue and seems to be averaging almost one article a day on Chinese investors buying our real estate.

It was Paul Sheehan’s turn today following on from his Chinese “are like bulls in a China shop” piece of a few months ago.

Meanwhile at the weekend, Fairfax went with the odd notion that an entire generation of buyers are being priced out of ownership by Chinese buyers in Bellevue Hill (if you are unfamiliar with the suburb Bellevue Hill is one of the world’s more prestigious suburbs, with the famous Barford Estate expected to fetch close to $60 million in a forthcoming sale).

It’s interesting to note, though, that such wealth coming in to the country can have a multiplier effect can have a tendency to benefit the capital cities iniquitously.

While wealth might ultimately ripple outwards, it’s likely that most wealth initially finds its way into the inner suburbs of large capitals.

Further, economies are quickly becoming global with electronic capital flows instigated through the click of a button.

We’ve seen a colossal flow of capital into London in recent years from capital flight and overseas sources.

Perhaps it is now the turn of Sydney and Melbourne?