The release of the 2013/14 financial year taxation statistics by the Australian Taxation Office (ATO) will no doubt add further fuel to the ongoing debate over the who, what, where, and why of rental property ownership. 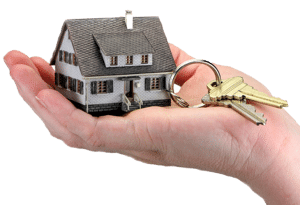 Since I work in the industry and view properties more or less all the time, I don’t need to look at any stats to know that investment properties are owned by a wide range of Australian income earners, largely “middle Australia”.

I know, because these people include my clients, because I can see it for myself every time I go to viewings, and most significantly, because I’m a property market insider.

The genuinely wealthy generally have better things to do with their cash then invest in low-yielding residential property.

Nevertheless, I would hopefully call out others on their useless anecdotes, so I shall do so on myself.

Here are the headline numbers! The figures show that 15.7 per cent of those lodging a tax return or 2,033,973 individuals owned a rental in FY2014, with the vast majority owning only one or two properties.

The long run numbers speak for themselves, with rental property ownership becoming increasingly popular and accessible, and showing a fivefold increase since 1980, or a near-fourfold increase as a share of the total number of taxpayers.

So much for rentals only being for the rich – there are now, quite literally, millions of landlords.

Happily for landlords, fewer of them declared a net rental loss in financial year 2014.

Rental market trends – how much?

Adding a bit more texture on what happened to the rental markets and negative gearing deductions in financial year 2014, the ATO Taxation Statistics for 2013/14 showed that net rental income losses fell by more than half from $7.9 billion to $3.7 billion over the last two years. 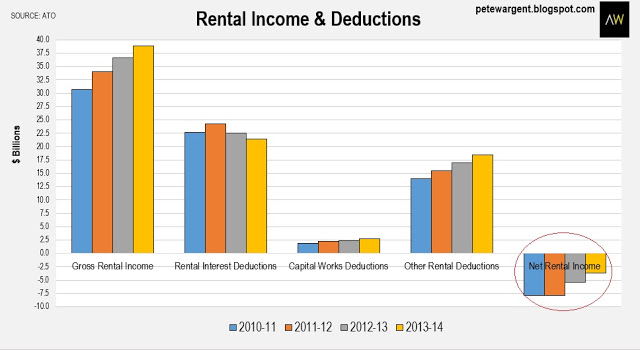 The total rental loss claimed fell from $12.04 billion to $10.97 billion, but remember that negative gearing losses are a timing difference only, and as such these are not amounts which could be “saved” from the budget.

The share of those 2.03 million folk who own a loss-making investment property fell from 64 per cent to 62 per cent.

OK, so that’s the summary data.

But what does it actually mean?

In terms of what this means in reality for the typical individual owning a property, the average rental loss has declined from well over five grand at $5,096 in the 2008 tax year to just $1,828 by FY2014, a whopping decline of more than 64 per cent. 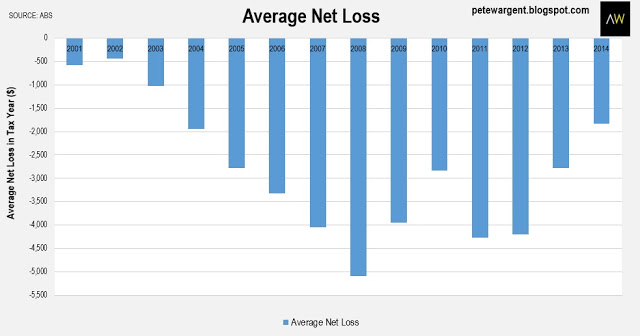 Furthermore, with the cash rate falling several times further since 1 July 2013, average net rental loss will decline for the next two or three tax years to come (just ask any capital city based landlord about their 2015 tax returns).

The Tax Office also served up some interesting data on who is recording net rental losses.

However, the greatest increase in volume of overall investors was reflected in an extra 42,400 individuals in the taxable income bracket of $80,001 to $180,000.

Looked at another way by income, 767,000 of those declaring a taxable income of under $80,000 accounted for 61 per cent of total net rental losses.

With the largest increase in net rental interest over the year, and it does confirm that to a substantial extent “middle Australia” is buying into residential investment property, and so doing is not only “for the rich”.

It is worth highlighting here, however, that the “taxable income” declared on tax returns is reduced by negative gearing losses.

Thus for example it should be acknowledged  that a person declaring a net rental interest and taxable income of under $80,000 could theoretically have income of $81,828 before an average net rental loss is deducted.

The overwhelming majority of landlords continue to only own one or two rental properties.

Naturally when analysing the figures by age younger investors remain the most likely to rely upon negative gearing, with 82 per cent of all property investors aged between 18 and 29 declaring a net rental loss.

As the population ages it is little surprise to discover that more than one fifth of investors are now aged over 60, a share that will likely increase over time.

It goes almost without saying that the top 20 per cent of income earners owe the bulk of investment housing debt, a point highlighted by the Reserve Bank of Australia as favourable for economic stability, since these investors are also best placed to service their debt.

Finally, one other interesting trend was the surge in sundry rental deductions, suggesting that with the rental market softening and becoming more competitive landlords have had an increasing propensity to spend on property improvements, which has been of significant benefit to the trades sector.

Overall, the figures again showed that rental properties are owned by a broad range of Australians by income, comprising a total of well over two million taxpayers.

The good news from a budget repair perspective is that net rental losses have declined by well over half over the past two tax years alone.

What’s more, with interest rates since falling to record lows, we can look forward to seeing further declines over the next few years of data.