New figures have revealed the top property deal-breakers that prevent buyers from buying real estate, with Australians having little tolerance for crime hotspots, according to finder.com.au. 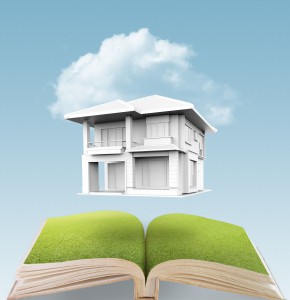 The survey of 2,033 Australians found 75% of people would not buy a home if it was in an area with an above average crime rate.

Two in three (68%) Australians would be put off if a house was too close to a noisy pub, while 64% consider a home in an industrial suburb a deterrent.

The survey revealed other major deal-breakers such as public housing in the neighbourhood (36%), an area with an above average unemployment rate (33%) and property being located within 2km of a brothel (33%).

Being a deceased estate was one feature that 12% of buyers could not overlook, while 7% of prospective buyers would be turned off a property if it was located within two kilometres of a fast food chain. Similarly, 7% of people said they’d be discouraged by a lack of suburb ‘trendiness’.

House number 13 was a deal breaker for some superstitious house hunters, with one in 20 (5%), avoiding houses with this number.

“There’s a difference between true deal breakers and factors that house hunters worry unnecessarily about.

Don’t be too quick to judge as your preconceived ideas could see you miss out on a hidden gem.

Interestingly, the third biggest turn-off was a home in an industrial area.

But keep in mind that gentrification can positively impact lifestyle and property values as the area goes through a process of urban renewal.

An area you are looking to purchase in now will not be the same area in 10 years, suburbs can evolve dramatically over time,” she says.

Ms Hassan says while some things may be out of your control, sellers should take measures to address potential concerns and boost the appeal of the property before putting it on the market.

“For example, if your home is in a high crime area and you don’t have an alarm, get buyers on side by installing a security system. If your home is blighted by noise pollution, opt for double glazed windows.

Be open about the pitfalls, but be sure to emphasise the unique characteristics of the area or property,” she says. 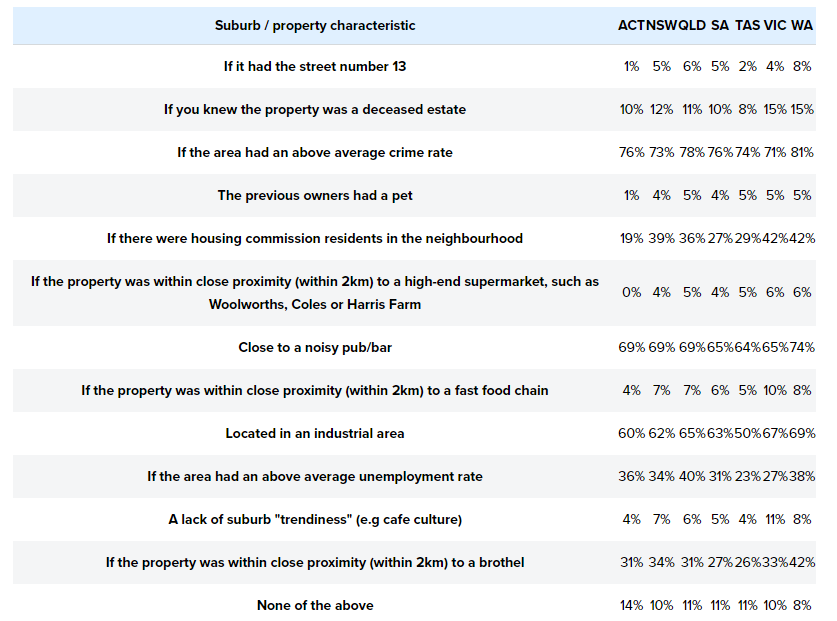 Don’t shy away from issues that could lower the selling price.

Instruct your agent to be open with buyers about any potential problems they have cited – such as if the property is a deceased estate.

If these concerns are addressed early on, it’s less likely a transaction will fall through at the 11th hour.