Treasurer Joe Hockey says Australia needs to make the super system more flexible, so flexible in fact that we should be able to spend a portion of our super in our youth as a deposit to buy a home.

Joe Hockey is now under fire for his proposal, whether from superannuation organisations, super architect Paul Keating, or other people perplexed by the idea that we should be spending some of our retirement savings now decades ahead of retirement.

Even Finance Minister Mathias Cormann isn’t keen, having said such a policy would push up house prices for first home buyers.

But if you think about Hockey’s proposal in terms of what it would do for housing affordability, it doesn’t add up.

It is, indeed, a “thought bubble” that would promote a property bubble if ever adopted.

The problem is that tinkering with the property market in this way would only serve to artificially inflate demand for property and therefore push up house prices even higher than where they are now.

Such as policy would have a similar distortionary effect as the first home owner grant and exacerbate housing unaffordability.

The problem with the first home owner grant, when it was first brought in, and for subsequent boosts, is that house prices were almost instantly lifted beyond the value of the boosts.

While the grants were intended to improve affordability, they had the opposite effect.

The chart below highlights the impact of the grants on housing prices. 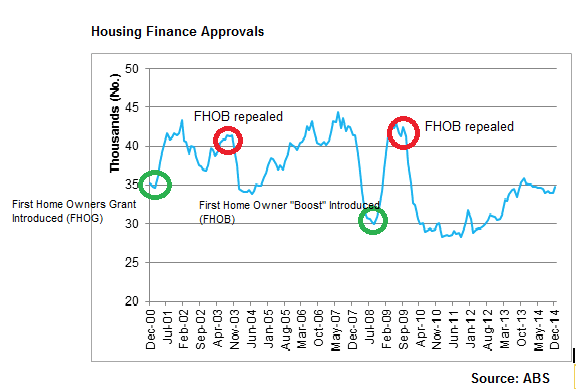 Moreover, looking at Joe’s idea practically, the idea of using your super for a housing deposit wouldn’t work for most people in their 20s or even 30s. And certainly not for low income earners.

It would only work with those with enough super to raise a deposit.

With Sydney vendors now asking for over $1 million for a house, a 10% deposit on a Sydney home, if raised through super, would erode almost entirely the retirement savings of most people in that age group.

Is Hockey even familiar with house prices and average super balances?

We are of the belief that the less government intervention there is in the property market, the better.

Governments all round should be doing more to promote housing affordability, not unaffordability. 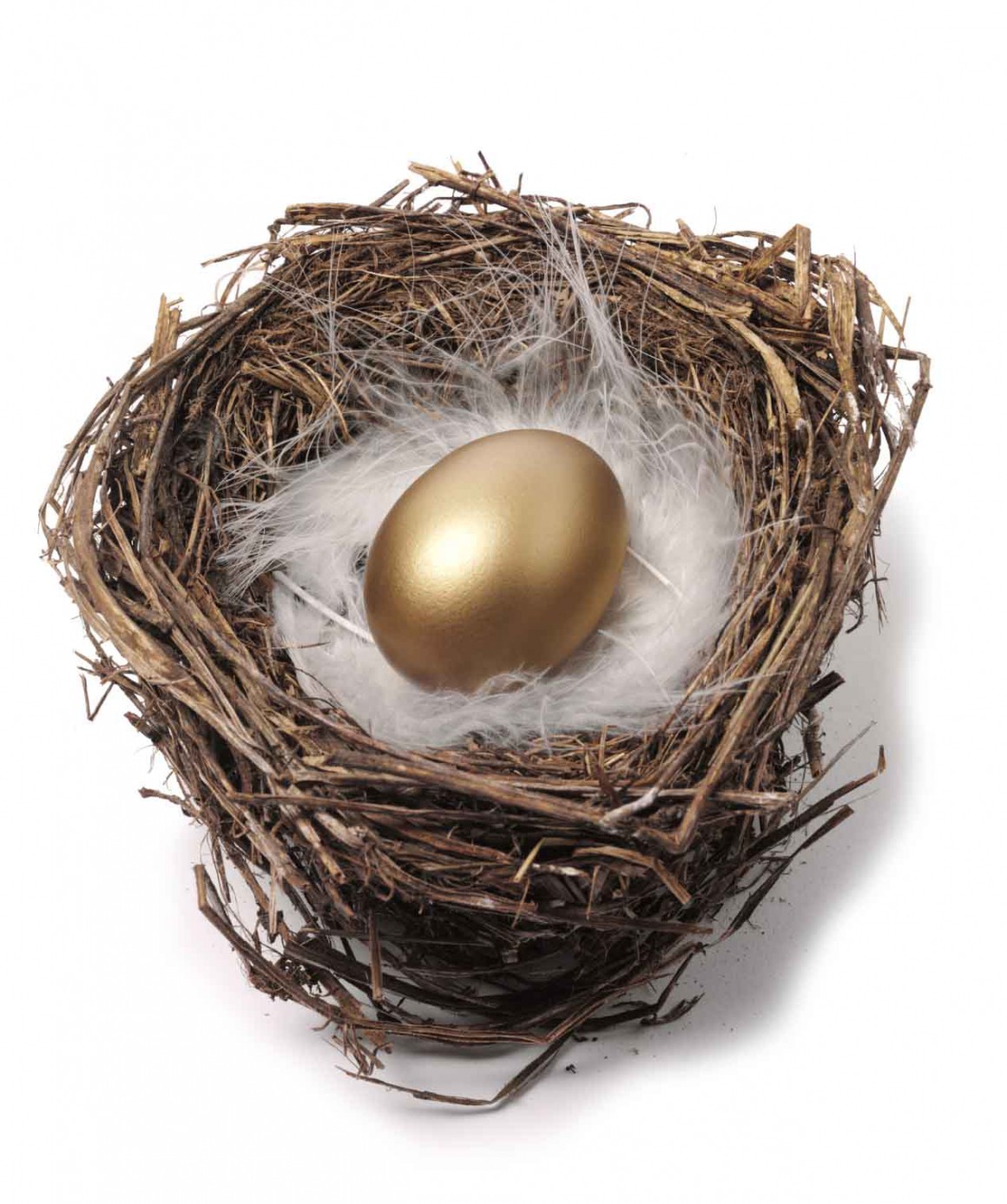 If negative gearing was repealed or altered, investors who are now gobbling up property would back off buying houses, which is what those who are demanding lower dwelling prices want to see.

For starters, he would potentially  save over $5 billion a year on the budget!

According to the Australian Bureau of Statistics (ABS) first home buyers accounted for just 14.5% of total owner occupied housing finance commitments in December 2014.

The rest were investors.

That’s 85.5% of housing loans going to investors. It’s investors who are doing the heavy bidding at auctions, and with interest rates falling, that trend will continue through 2015.

So, if anything needs to be done, it is to eliminate existing distortions, and not introduce more.