Here is my first prediction for 2016…

Most predictions will be wrong! 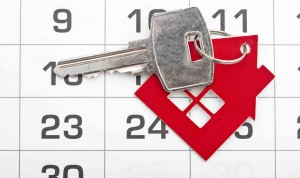 How do I know? Because they always are.

Twelve months ago no one would have predicted the Reserve Bank dropping interest rates twice in the first half of the year fuelling our already hot Sydney and Melbourne property markets.

Similarly, at the beginning of last year few predicted how APRA’s measures would constrain investor lending, even thought it had already started wielding its stick.

And who would have predicted before Xmas that in the first weeks of January this year the ASX 200 would fall by 7.5%,  the S&P 500 in the US would drop 8.5%,  the price of crude oil would be 19.7% lower than its 2015 close and consumer sentiment, that was rising so strongly at the end of last year, would slump?

Here’s my next prediction…

The media will be full of negative sentiment this year, not only because of the economic turmoil engulfing the world, but because our property markets are changing and moving into the next stage of the property cycle.

Truth is: very few people like change and they see it as scary, so watch out for the property pessimists and doomsayers.

I believe last year will go down as the year that:

A housing boom was always part of the government’s rebalancing plan.

While the mining boom was strong, interest rates were raised to hold back the housing and other economic sectors in an attempt to keep a lid on inflation during the mining upswing.

Then as the mining boom ended interest rates were cut, which drove a large upswing in housing construction to help fill the gap left by mining.

At the same time low interest rates encouraged us to upgrade our homes.

However, the property booms can’t go on forever.

Sydney and Melbourne housing prices increased by 48% and 32% cent respectively since this cycle commenced in mid-2012.

With our low inflation rate, low interest rates and low wages growth prices this type of price growth was unsustainable and if property values kept growing at double digit rates this would eventually threaten our financial stability.

How will 2016 compare for Australian property?

Our property markets don’t work in isolation, so the world’s economic issues will impact us.

Traders and investors have become pessimistic about China, corporate earnings, global growth, and the commodity outlook.

What happens when traders all wake up thinking similar negative thoughts at the same time? They rush to sell their assets and in the process made markets crash, reminiscent of 2008.

All this has, understandably put a dent in Australian consumer confidence.

This will only add to the property market factors already in play at the end of last year and I expect the factors that have driven the recent pullback in housing to persist in 2016, with lower housing price growth.

Looking into the crystal ball, it’s likely that:

While there are many reasons to be optimistic, 2016 is likely to deliver some surprises, but so has every other year.

We’ll help you cut through the clutter of mixed property messages.

Remember the multi-award winning team of property investment strategists at Metropole have no properties on the market to sell, so their advice is unbiased.