It should come as no surprise that with rising interest rates and unemployment some locations are more likely to be more at risk of residents defaulting on their loans.

The Sydney Morning Herald reports that the National Australia Bank has red-flagged 40 postcodes where business and personal loans are in higher risk of default because areas over-rely on single industries for growth, have high unemployment, or property prices have run too hard. 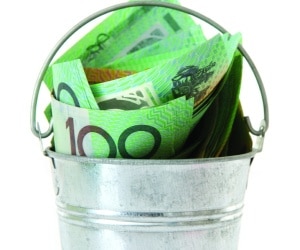 In its 40 hotspots, NAB is conducting a more stringent assessment of loan applications, including increasing the amount of equity that borrowers require.

“One of the things that we definitely factor in is where there is actually higher unemployment, or a risk of higher unemployment, given the reliance on single industries for a town or region.
We will also look very closely at areas that have had very dramatic increases in property values to consider what is the right ongoing LVR ratio as well.”

Despite its concern about parts of Australia, NAB said leading indicators suggest bad debts would remain stable for some time yet

NAB would not disclose what postcodes are on its watchlist.

But Martin North, principal at Digital Finance Analytics, has analysed Australia for the postcodes most susceptible to stress if interest rates or unemployment rise for the Australian Financial Review.

Mr North said postcodes in NSW that banks would be wary about could include Blackville, Caroona, Colly Blue, Pine Ridge, Quirindi, Spring Ridge and Wallabadah (2343) in the state’s north-west and Greta in the Hunter (2334).