Net overseas migration into Australia picked up right across the board in 2018, but especially into Queensland and New South Wales.
This was driven by fewer overseas departures rather than more arrivals.
Annual overseas migration has temporarily been higher than this before, in 2008-9, but nevertheless it was a thumping rate of growth for calendar year 2018 at +248,400. 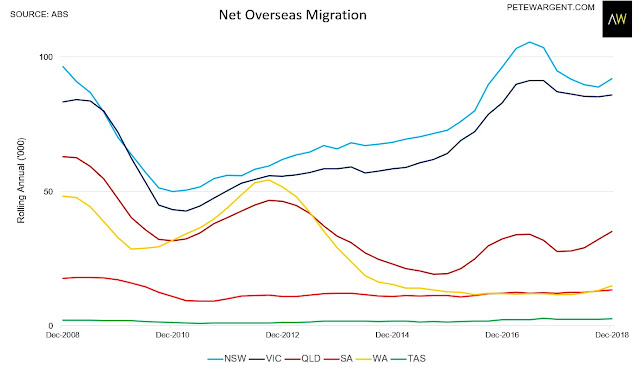 Queensland continued to pick up interstate migrants last year too (+24,000), although the exodus from New South Wales might have moved beyond its cyclical peak.
Western Australia and South Australia continue to lose headcount to Victoria and elsewhere, but this trend is slowing too. 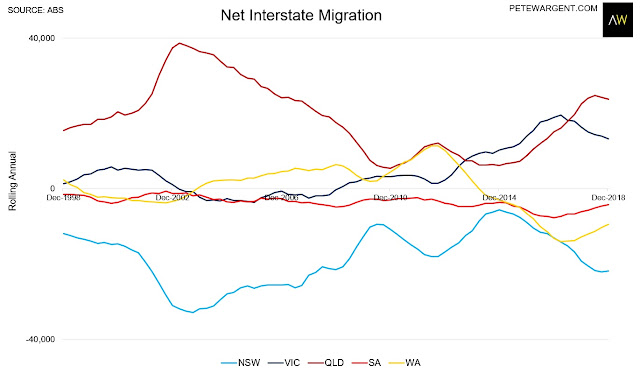 There was a bit of a kink in the figures for natural population increase (births minus deaths), but overall it picked up to +156,300 last year, while net overseas migration accelerated to +248,400, taking total population growth back up to a pumping +404,800 or 1.6 per cent. 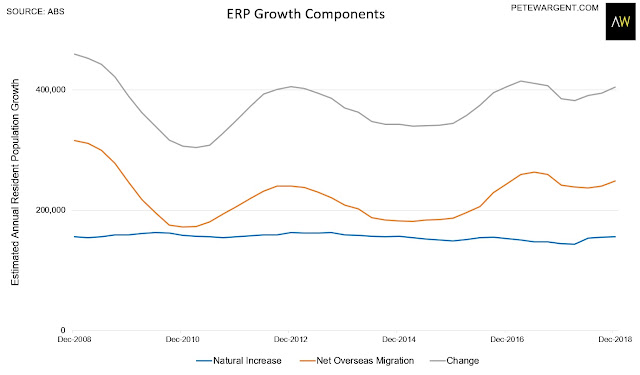 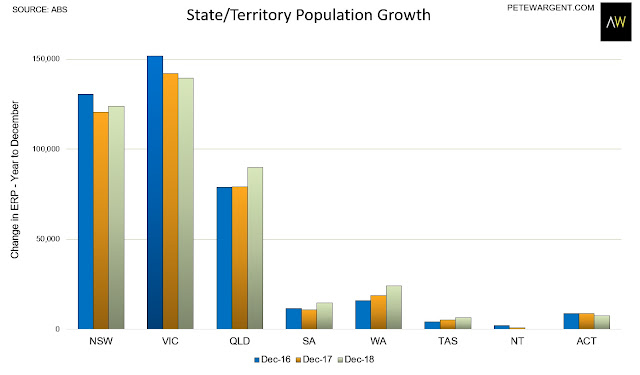 Australia needs to build about 200,000 new homes per year over the next decade, which we were managing for some time thanks to Chinese investment in new apartments, but this is now falling away fast (all the more so now that some states are loading in higher surcharges for non-residents).

A rental shortage will thus become an issue in time, once the off-the-plan glut washes through.
But with population growth so heavily focused on three areas the bigger immediate issue facing housing markets is congestion, which is gradually but surely redistributing demand for housing into suburbs within a 10-15 minute commute from the heart of employment, and especially into areas with direct train links.

'Population growth has been accelerating' have no comments