As property prices in Melbourne and Sydney continue to soar, the once traditional dream of owning your own home with a garden for the kids and within a reasonable commute to work is fast becoming a thing of the past.

You don’t have to go far in any part of Sydney to see cranes on the skyline.

In November 2016, the then Planning Minister, Rob Stokes, announced plans for a further 184,000 homes by 2021, with a focus on apartments, terrace houses and medium-density developments in established areas to combat suburban sprawl. 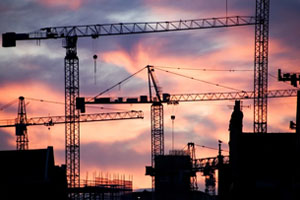 For the first time ever on record (since 1984), we’ve seen more new apartments completed than houses in Australia.

However, for residents in those cities, it is starting to no longer be a question of their willingness to live in an apartment in exchange for the convenience and culture of urban living.

Population density is putting the very essence of that lifestyle at risk, with over‑construction putting the culture that once was a draw card at risk.

Particularly in the older areas of these cities, there is a cultural aesthetic that residents enjoy.

Old pubs, high street shopping and heritage facades all add to the appeal.

Without proper community consultation and an understanding of the inherent reasons for a suburb’s popularity, developers run the risk of taking away from those draw cards in favour of density and ultimately pushing property prices back down.

While increasing the density of these areas may provide improved housing affordability, there is a real and present need to ensure that infrastructure and services keep pace with population growth and a push from residents for an upfront financial commitment for such.

Further, educational and retail opportunities as well as lifestyle services must be appropriate to the needs of the burgeoning populations.

While the convenience of inner-city living can never be questioned and will always retain its appeal for some, will the continued development of higher-density housing in our major capital cities and the departure of the residents who perpetuated the social and cultural mix in these suburbs eventually lead to their downfall?

Townships on the outskirts of Sydney and Melbourne, such as Gosford (NSW), Werribee (Vic), Castlemaine (Vic) and Ballarat (Vic) are starting to see the impact of housing (in)affordability in the cities and a noticeable shift in their demographics, along with a cultural shift.

The Australian Bureau of Statistics (ABS) reports that Cranbourne East in Melbourne’s outer south-east (about an hour outside of Melbourne’s CBD) had the largest Statistical Areas Level 2 (SA2s) population growth in Australia in 2016-2017 (up by 7,300 people).

Other SA2s to experience large growth included the outer Sydney suburbs of Cobbitty-Leppington (4,100) in the south-west and Riverstone-Marsden Park (3,800) in the north-west (both around an hour outside of Sydney). 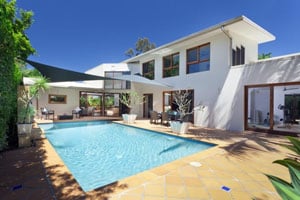 A lot of people are choosing a long commute to secure a larger lifestyle property with a backyard and room to move, over the convenience of the inner-city – to the benefit of these smaller, regional centres.

The city people are influencing a cultural shift in these towns – including a prospering hospitality scene that has seen the establishment of new cafes, pubs and entertainment venues, and better educational and professional opportunities.

Major employers, such as the Bendigo Bank in regional Victoria, are starting to plug the benefits of establishing your family outside of the cities; while transport networks are trying to keep up with the influx of commuters with improved train links (such as the one between Castlemaine and Melbourne).

The decision between inner city convenience and the dream of owning your own plot of land remains a very personal decision, but one which more and more Australians are being forced to make.