The Melbourne home auction market recorded another robust result at the weekend, despite the ongoing distractions of political uncertainty and the mid-winter school holiday period. 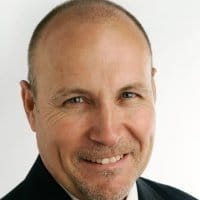 Melbourne reported a healthy clearance rate of 75.7 per cent on Saturday, which was higher than the 73.5 per cent recorded over the previous weekend and the highest recorded in nearly three months.

Although Saturday’s result was below the 79.2 per cent reported over the same weekend last year, clearance rates are now trending upwards compared to the same time last year, when the market was clearly on the slide.

Auction numbers also remain at healthy levels for the mid-winter market, providing reasonable choice for buyers in most regions and price ranges.

More than 530 homes were listed for auction at the weekend, which was similar to the 559 auctioned over the same weekend last year.

The figure was predictably well ahead of the 208 properties auctioned over election day the previous weekend.

The consistently strong west suburban region reported the highest clearance rate at the weekend with 85.4 per cent and the highest number of sales at 76. 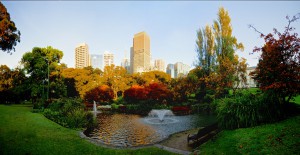 The most expensive property reported sold at auction was a four-bedroom home at 12 Glen Huntly Road, Elwood, which sold for $2,465,000 by Chisholm and Gamon.

The most affordable property reported sold at the weekend was a one-bedroom unit at 2/11 Aberdeen Street, Brunswick, which sold for $271,000 by Ray White.

Melbourne recorded a median auction price of $650,000 on Saturday, which was 1 per cent lower than the $655,000 recorded over the same weekend last year.

A total of $191.4 million was reported sold at auction in Melbourne at the weekend.

Auction numbers, although typically lower during the winter, are set to remain robust for this time of the year with around 550 listings scheduled next weekend.

Although the Reserve Bank has decided to leave interest rates on hold over July at the record low 1.75 per cent, the odds have certainly narrowed for a cut sooner rather than later and perhaps as soon as next month.

The June quarter inflation data due to be released by the Australian Bureau of Statistics on July 27 will provide a key determinant of future rate settings, with another low result likely to activate the Bank.

Political uncertainly both locally and internationally can only add to the case for more stimulus, given a clearly underperforming national economy.