There are lots of reasons and we’ve told you the reasons why politicians should not scrap negative gearing, but there are some very compelling reasons why they won’t.

Last week on Real Estate Talk I had the chance to interview Michael Yardney from Metropole Property Strategists who has been looking at this question for us. Michael, what have you found out?

Michael: Well, Kevin, I know you may call me cynical.

Michael: But I can’t see politicians getting rid of negative gearing anytime soon because recently they’ve declared some of the interests of politicians in the property they own. 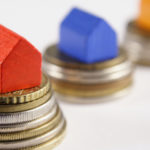 There’s nothing wrong with that, of course, but when you actually work out how many properties they own, I can’t see them doing it because they’re taking advantage of the same sort of opportunities of negative gearing that you and I are.

Kevin: Apart from that self-interest, too, Michael, the number of investors who would be adversely affected by this I would think would be a major factor for them to consider, as well.

Michael: The tax officer suggests that nearly one in seven Australians own an investment property, and one in every ten of those is negatively geared.

Clearly there’s a big percentage of the population that have chosen to protect their future by investing in property and taking advantage of negative gearing.

In other words, losing a bit of money in the short-term hoping in the long-term they’re going to be getting some capital gains. And they would all be disenfranchised if the government tried it.

Kevin: I suppose the search under some of the politicians names might give you a bit of an idea about the amount of property they hold – if it’s in fact in their own names. Have we been able to uncover any of that information?

Michael: Yes, Kevin, because the politicians have to declare their interests whether it’s in their own name or in corporate names.

Kevin: That’s quite amazing to think that they own absolutely none whatsoever, Michael.

Michael: That’s six of them, but the vast majority of them own 2.5 properties. National Senator Barry O’Sullivan is parliament’s biggest property owner. He’s got a 50 strong property portfolio.

David Gillespie from the Nationals also owns 17, and of course billionaire Clive Palmer owns lots of properties and lots of companies, as well.

I guess maybe it’s not cynical. Maybe they are going to understand the challenges you and I go through and may not abolish negative gearing.

Kevin: I think, as you point out, it’s very good to see those politicians in the real world, Michael.

Michael: Yes, that’s right. It’s too easy to forget what’s happening to us humble people when you’re up in Canberra.

Kevin: Michael, I would guess too that there’s probably a number of other really pressing issues that they’ve got to worry about without worrying about negative gearing.

The European economy is having trouble. The Chinese economy is slowing down a little bit. They’ve probably got much bigger fish to fry than the local property investor.