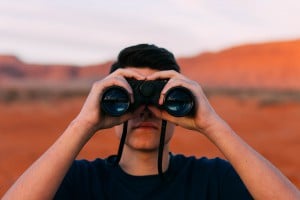 Unfortunately most do not consider the reverse – buying something at $50 and having it go to $0.10.

It can happen in the property market too – sure the fall won’t be as big but the values of some properties fall.

Our mind is instantly attracted to the renovation deal that netted a huge profit, or the development that was a hidden gold mine of opportunity.

Yet precisely this situation arose during the meltdown in the global financial system that we are finally emerging from.

This was an outlier.

It’s a sequence of events so extreme that no one had considered it.

The interesting thing about such events is not the size of them but rather that no one had a plan of any note.

I will accept the argument that this was an extreme event, but there were no plans at all within organisations such as banks and fund managers to deal with the collapse in asset values they experienced.

What response they did have was somewhat akin to an ostrich sticking its head in the sand and squawking “I can’t see you”.

The only response that regulatory authorities had was to ban short selling which only made matters worse.

Once this had occurred I was surprised that these geniuses didn’t go all the way and simply ban selling all together!

The interesting thing about investing is that the psychological problems that bedevil investors are universal in that they also affect all individuals involved in complex or stressful decision making.

Using the example of the bushfires, Dr Mary Omedie of Latrobe University has done some interesting work in the area of decision making by fire fighters.

In her simulations she has found that once fire fighters commit resources to a given fire they are very reluctant to remove these resources to deal with a secondary threat.

They are emotionally anchored in their decision and are therefore reluctant to change their strategy.

This is precisely the same issue that investors face when things begin to go wrong with a given trade.

We are emotionally as well as financially invested so we struggle to alter our strategy.

This situation gets worse when events begin to unfold in an entirely unexpected way.

“We’re sort of very much thinkers of the present.

We’re hard wired to sort of think things will keep changing the way they’ve been changing up to that point.”

Consider this quote within the context of investing. 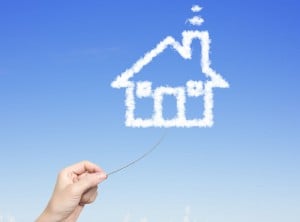 Investors make the assumption that tomorrow will be the same as today and therefore any planning that is undertaken reflects this very basic perception.

There is no account taken of the fact that not only will tomorrow be different to today but that it may be so different as to be almost unrecognisable.

We perceive that change occurs at a constant rate, or at least has a constant theme, and we plan around this constancy.

Unfortunately the world, and particularly the investing world, is not like that.

Dr Omedei continues – “To put it into more cognitive terms we grossly over estimate our mental capacity.

In other words we are not as smart as we think we are.

Complex systems that are undergoing rapid variable change overwhelm us.

So the question becomes, if we acknowledge that we suffer from these cognitive drawbacks, what can be done in a investing sense to deal with our shortcomings?

I think the following list goes someway to addressing the situation.

'Plan for the Outlier' have no comments