Buoyant market conditions have produced a sterling result for Australia’s property market with $2 trillion added to the market since 2009; this now brings the total value of the market to $6.0 trillion.

The Australian housing market reached a new milestone in July with the overall value of housing (excluding vacant land) breaking through the $6 trillion mark.

Prior to lunging into the detail about where most of this value is concentrated and how it has shifted, it is worthwhile refreshing ourselves on exactly what one trillion is.

One trillion is a thousand billions or a million millions – we are talking big numbers here. 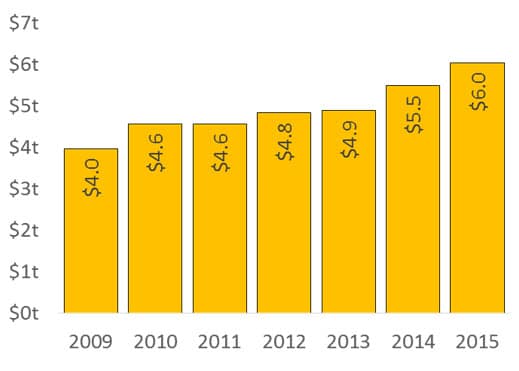 The concentration of housing value is currently in New South Wales which comprised 38% or $2.3 trillion of the nation’s total value of dwellings.

Since 2009 the state of New South Wales has gained two percentage points of market share from the other states which can be attributed to the higher rate of capital gain that has been evident across the state, in particular in Sydney, as well as high levels of new housing construction that would add further value to the asset class. 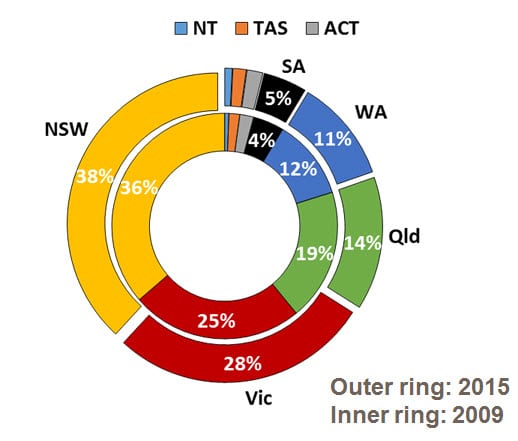 Victoria shows the second highest value for residential housing at $1.7 trillion or 28% of the national asset value.

Similar to New South Wales, Victoria has taken a further three percentage points of market share away from the other states due to the strong performance of the local housing market and active home construction sector.

Other states or territories to grow their market share for housing assets are:

In contrast, Queensland experienced the largest drop in its share of asset value; the state’s share of housing value has fallen from 19% in 2009 to 14% in 2015. 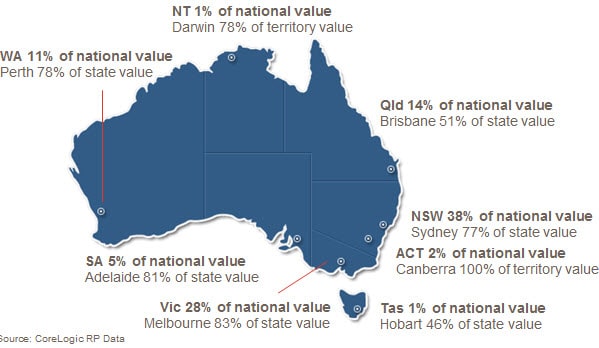 This statistic highlights the fact that dwelling values tend to be higher in the capital cities.

Tasmania reported the lowest concentration of capital city housing value with 46% of the state-wide value located in Hobart.

Similarly, in Queensland, only 51% of the states’ overall value of housing is located within the capital city of Brisbane, highlighting the broader geographic distribution of housing in these states.