As they do each year, the number of homes advertised for sale around the country fell over the end of year period, however the number of residential properties available for sale is starting to climb again, and this year at a much faster rate than last year. 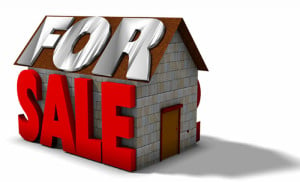 In fact, the number of new listings being added to the market is currently higher in all capital cities with the exclusion of Sydney, where new listings over the four week period ending 31 January 2016 were -5.1% lower than at the same time last year.

To put this into perspective, that represents 272 less residential properties being added to the stock pool this year compared to last.

On the other hand, the total number of homes available for sale currently (18,442) is 15.3% higher than one year ago, when 15,994 Sydney homes were listed for sale, essentially meaning the buyers have around 2,500 more properties to choose from.

Towards the end of last year, Sydney listings peaked with just over 25,000 properties available for sale.

Across each of the other capital cities, both new listings and total listings are higher than one year ago in all cities with the exception of Hobart (total listings are -4.0% lower relative to last year). In each of Melbourne, Brisbane and Adelaide, new listings are over 20% higher this year compared to last year, indicating that vendor confidence in these markets is strong and suggesting that for prospective buyers there is quite a lot of stock to choose format this time of year.

On a national basis, both new listings and total listings are higher than one year ago. New listings being added to the market nationally are 22.8% higher year-on-year, significantly higher when compared to the combined capital cities (15.0%).

The number of South Australian listings newly added to the market over the most recent four week period was 4,024, more than double the volume of new listings added over the same period last year. CoreLogic RP Data has been monitoring listings data since 2007 and for this time of the year, this is the largest volume of South Australian new listings to be added to the market over the time of the series.

Following South Australia, the other states where new listings being added to the market are substantially higher than last year are as follows: