Demographic data released this week from the Australian Bureau of Statistics (ABS) shows a rapid rate of population growth driven by migration.

Monthly overseas and arrivals data shows that over the 2016 calendar year, the largest sources of permanent arrivals to Australia were: India (22,180 persons), China (18,050 persons) and New Zealand (11,740 persons). 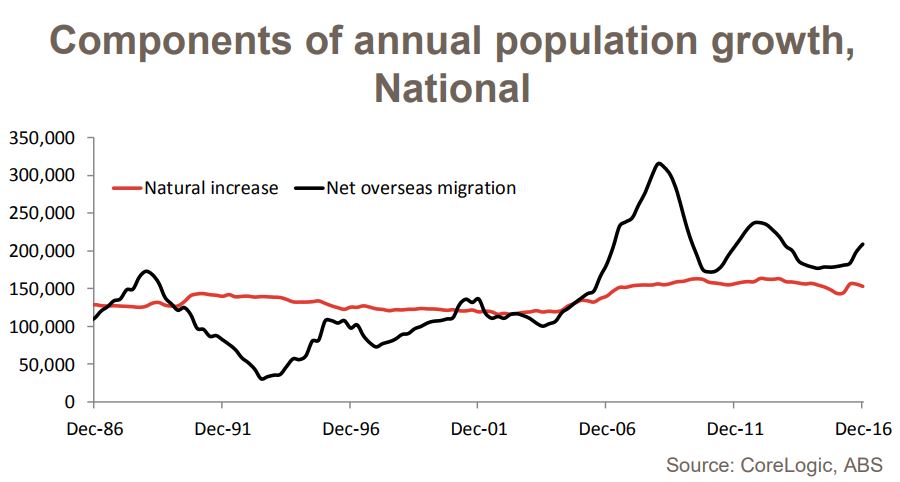 While interstate migration nets to zero at a national level, it plays an important component for population growth across the individual states and territories.

In particular, interstate migration and overseas immigration have been the key drivers of housing demand.

Whereas natural increase removes older people and adds younger people, interstate migration and overseas immigration brings a new person or family to a region of the country and these people need to be housed.

NSW & Victoria are the popular states for a bulk of overseas immigrants.

This isn’t really a surprise when you consider that those two economies are the strongest nationally. 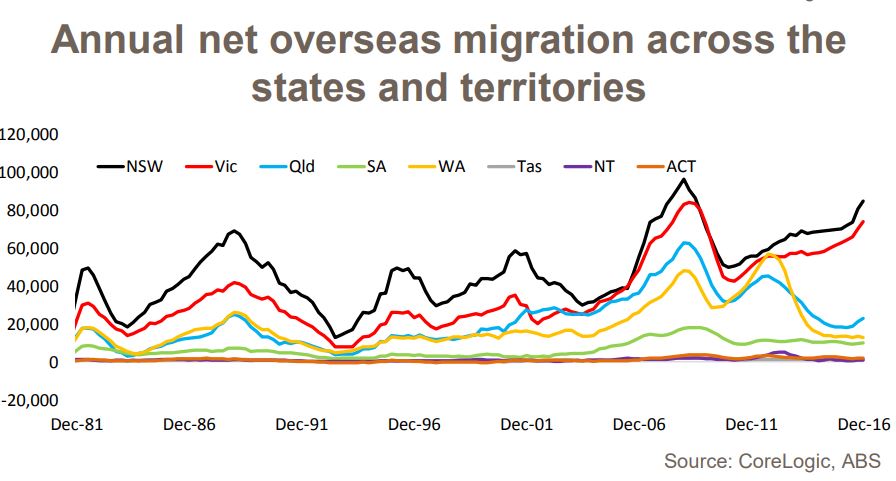 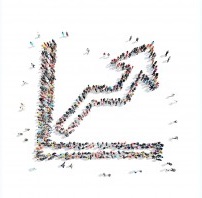 Interstate migration into Vic is at an historic high level and in Qld there has been a substantial rebound recently however, it remains dramatically lower than its historic high.

In WA, the net outflow of residents away from the state to other areas of the country is currently at an historic high. 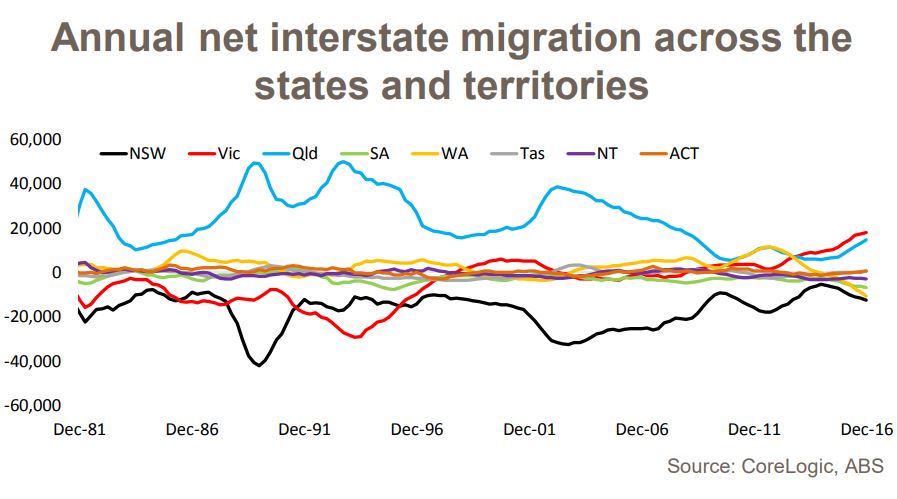 By combining net interstate migration and net overseas migration we can get a picture on total net migration across the states and territories.

Over the 2016 calendar year, the Northern Territory was the only state or territory to record a net loss from migration (-2,340 persons).

Vic is the nation’s largest benefactor from migration with 44.0% of total net migration over the past year into that state, followed by NSW (34.5%) and Qld (18.0%).

The remaining five states and territories accounted for a combined 3.5% of net migration nationally over the year which was an historic low.

Migration trends show a clear preference for overseas migrants to settle in either NSW or Vic while interstate migrants appear to be turning their backs on NSW and WA and choosing to move to Vic and Qld. 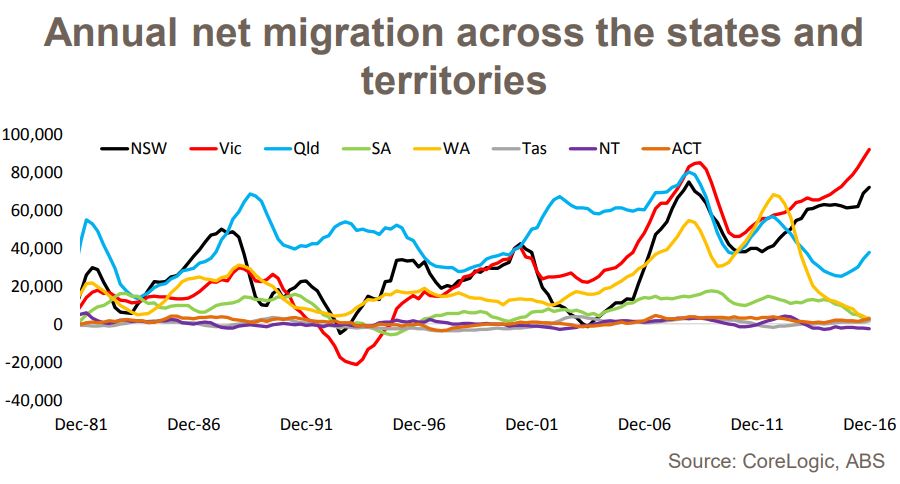 NSW is likely to be less attractive for interstate migrants due to the high housing costs while the ongoing weak housing end economic conditions are the main deterrents in WA.

Victoria is particularly attractive to migrants because wages are similar to those in NSW but housing is much cheaper while the economy is performing similarly strong.

Qld appears to be growing in popularity again largely due to the fact that housing is much cheaper than NSW and Vic and lifestyle housing markets in South-East Qld seem to be seeing resurgent popularity.

'NSW & VIC most popular destination for overseas migrants' have no comments