Last week, the Reserve Bank of Australia cut interest rates to an unprecedented 1.75 per cent – the lowest it has been since World War II – to combat record low inflation and stimulate the slow-growing economy.

Now over a third of all lenders have now confirmed they will be cutting their variable rates for Australian home owners, with some of the smaller lenders offering up never before seen rates as low as 3.61 per cent.

“Right now there are around 20 lenders offering rates for owner-occupiers under 4 per cent, with some reducing their lowest variables to never seen before lows,” she said.

“If the RBA decides to cut again, we’re likely to see rock-bottom home loan interest rates of under 3.5 per cent, while rates under 4 per cent will become the new norm.

While a number of lenders were making history with their record-busting rates, there are almost 70 lenders yet to declare their hand.

But don’t be lured by rates alone

Sure we all like paying lower interest rates,  but as a property investor there’s more to getting a good loan than interest rates.

Currently most lenders have upped the ante on their serviceability criteria making it much harder for many property investors to get a loan.

So it’s more important to choose a lender that will give you the ability to borrow more and get a bigger property or a second property than it is to get a lower interest rate.

I’d rather pay an extra 0.5%  or so and have the ability to borrow another $100,000 and leverage this into a bigger property than to get the lowest interest rate.

Now more than ever it is important to have an investment savvy finance broker on your side, one who can think strategically and one who is used to financing large property portfolios.

^ this product requires an LVR of 30% 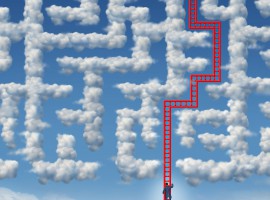 'Now you can get a loan with an interest rate with a 3 in front of it!' have no comments