Australian house and unit markets generally performed well over the October quarter, with the median house value increasing 3.05% over the quarter and unit growth of 1.06% in the same period, according to the Residex non-revised median valuation figures.

The following table displays the stats summary of Residex non-revised figures for the month ending 31st of October.

Activity in NSW is generally strong.

In the NSW market, capital growth, sales and development are still steady, though capital growth in Sydney is lower than the previous year. Western areas of Sydney in particular are being capitalised upon by developers.

This may be because the land is more affordable, and available, making it appealing to developers and investors alike.

The $320 million proposal includes the construction of 400 apartments and 364 town houses near Penrith Campus of the Western Sydney University.

This project represents 6% of the total of new unit proposals in NSW.

The highest value area of activity was the Kingswood area neighbouring Penrith, where proposed developments of units total over $350 million.

This has an obscure impact on NSW data: sales and auction activity is strong, development activity has actually risen, but the value of the projects are less.

Growth rates of the median house and unit are subdued as a result of activity in the lower end of the market.

It is likely that unit values will continue to be subdued over the quarter, as a portion of the development proposals move into construction.

It is noteworthy that as the lower percentile level (represented by the orange line in Graph 1) has been the last to peak, activity in the lower value end of the market still represents the end of this growth cycle.

Throughout regional NSW, growth has spilled into the central coast, Newcastle and Wollongong. NSW country experienced the highest capital growth rate in the year to October in both houses and units.

As NSW sees the exhaustion of its last pockets of growth, other east coast markets are following.

Melbourne units also had among the strongest performance in the same period, outperformed only by Hobart and ACT units.

Residex data suggests that sales in Melbourne in the year to October accounted for 17.53% of the total sales across Australia in the market.

Another area proving to be a stand out performer towards the end of 2016 is the ACT.

Growth in ACT houses over the quarter followed Melbourne and Sydney as the third strongest performing market among the capital cities.

The high sales volumes may be a reflection of both the continued government buyback scheme in light of asbestos insulation discovered across homes in the ACT.

The rapid increase in house sales also occurred shortly after the end of the Federal government hiring freeze in May 2015. With the ability to more easily hire staff reinstated, population growth and dwelling demand in the ACT have grown.

Graph 2 shows that there has been a slight uptick in job vacancy and migration over 2015, with movements in net migration following job vacancy at a lag.

Increased migration to the ACT may partially explain higher sales volumes in houses.

Hobart units were another stand out market over the October 2016 quarter, with capital growth of 4.72%.

Growth has been driven by affordability and the increased popularity of Tasmania as a domestic and international tourism hub. 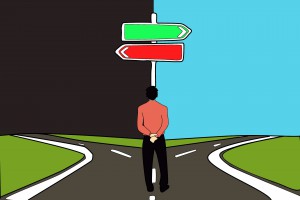 Downward trends are still being experienced in the resources markets of the Northern Territory, Western Australia and parts of Queensland.

The wind down in the resources sector has been a drag not just on dwelling markets, but employment, income and, subsequently, aggregate demand.

With seasonal effects winding down in the lead up to Christmas, and high headline inflation (0.7% for the September quarter) calming expectations of further rate cuts, the next three months are unlikely to see as strong performance in Australian dwelling markets as in the October quarter.

Growth and activity is likely to continue moving into more affordable markets, which may start to include areas outside of the east coast over 2017, including Adelaide, Darwin, and areas of Perth.