With an average holding period for houses of 27.7 years, Huntingdale has topped the Top 5 list of the most tightly held suburbs in Melbourne.

Analysis, based on CoreLogic’s data, by property research house RiskWise shows Belgrave Heights was just 3.8 years behind Huntingdale, coming in at No.2 with an average hold period of 23.9 years.

The average holding period for Greater Melbourne is 12.1 years. 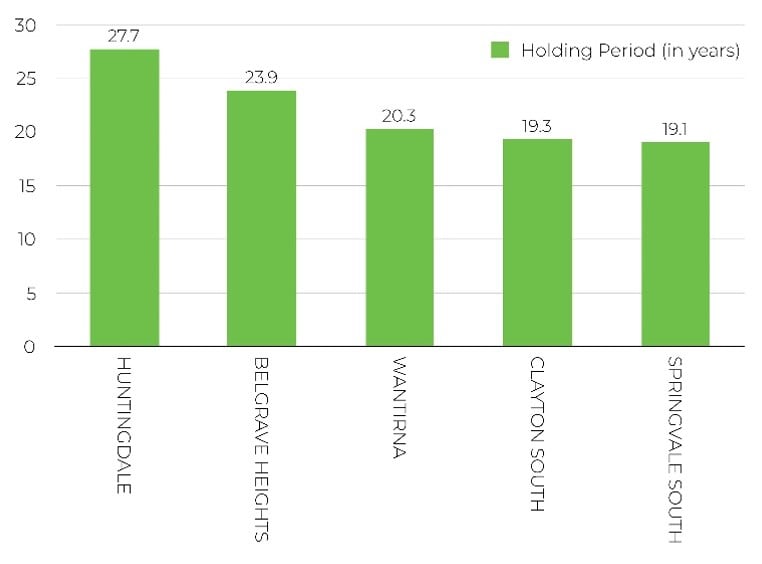 When an area enjoyed such long holding periods it meant the suburb generally provided “something outstanding” for its residents such as a strong community, location and proximity to employment or the CBD, good schools, transport and services.

If a suburb has some of these characteristics people don’t see any reason to sell. , Basically, they don’t want to leave.

He said Huntingdale, a south-eastern suburb of Greater Melbourne only 17km from the CBD, enjoyed some good suburb fundamentals with a median price of $1,021,990 and three-year capital growth of 39.3 per cent.

The median equity value of houses in the suburb is $625,950 with a percentage of an incredible 195.7 per cent.

Huntingdale sits on the Pakenham and Cranbourne railway line which is frequently used by students to attend the nearby Monash University Clayton campus.

There are plenty of education options in the suburb and surrounding region including John Monash Science School and the Kodaly Music Education Institute of Australia.

There is also a golf course and club.

Belgrave Heights is 38km southeast of the Melbourne CBD and has a median equity of $459,831 with a percentage of 181.5 per cent, partly due to the capital growth of houses over the past three years of 45.6 per cent. 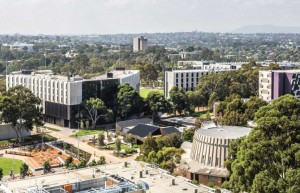 On the borderline of Southern Highlands Fall and Gippsland Plains Bioregion, it includes a 75ha bushland park known as Birdsland and an abundance of native animals live in the area.

The train station in the adjoining suburb of Belgrave runs into Melbourne and takes just over an hour.

Wantirna is only 24km from the Melbourne CBD.

It has a strong choice of education options and good public transport into the city.

With an average holding period of 20.3 years, its median house price is $911,182 and it has enjoyed capital growth over the last three years of 40.0 per cent.

The suburb is serviced by the EastLink tollway, has several education options and schools, a private hospital and a Westfield shopping centre.

It’s not surprising the residents of Clayton South are reluctant to let go of their properties. 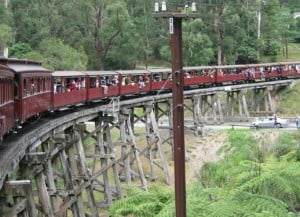 The median price for homes there is $863,170 and the capital growth for the last three years is 52.0 per cent.

The suburb enjoys a good mix of schools, has a direct rail line running into the city, several sport and recreation precincts, and a community hub.

Springvale South, 24km southwest of the CBD, rounds out the Top 5 with a median house price of $747,357 and capital growth over the last three years of 49.9 per cent.

'No one is selling in these Melbourne suburbs' have no comments