If you’re interested in property development in Victoria you probably know that the Victorian State Government released the new Residential Zones for implementation in July 2014.

The major departure from the existing zone controls is the mandatory nature of many of the requirements, including: 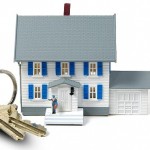 By the time you read this, these zones will be implemented across Victoria with varying degrees of controversy and impact.

Whilst many Councils have sought to have the zones translated to best reflect the existing zone provisions, meaning the GRZ is the dominant zone, a number of Council’s have sought to implement the NRZ as the default zone.

In areas such as Glen Eira, Bayside and Boroondara, 70-80% of the residential land in those municipalities is located within the NRZ.

This approach by Councils has been reinforced by the State Government in May with the approval of Plan Melbourne, requiring that a minimum of 50% of residential Melbourne should be placed in the NRZ.

However, there are significant implications in ‘locking away’ the majority of suburban Melbourne from residential development.

New housing choices will be limited to high rise development or the outer fringe, with little choice in between.

This will impact housing choice, sustainability as well as affordability.

Preference surveys carried out by the Grattan Institute show that 26% of people would prefer medium density housing where the actual stock of this type of housing is only 12 %.

This significant mismatch between supply and demand will only get worse as our population ages.

Reducing the supply of land for the development of small to medium scale dwelling will further reduce the supply of housing in an era when demand is increasing.

This will of course have an impact on housing affordability.

Apartments have their own demand but this type of housing is not a viable substitute for all.  Just the cost of construction for apartments verses townhouses and dwellings is a significant barrier for the provision of family accommodation.

Is it surprising that there is a general absence of larger apartments in the CBD and inner city, when the cost of construction per square metre for an apartment building is 3 times higher than that for a free standing dwelling?

If the supply opportunities for medium density housing in large parts of established suburbs are reduced, the only meaningful opportunities will be at the urban fringe.

However, such locations don’t suit the lifestyle of many people or the desire for people to ‘age in place’.

The restricted supply of medium density housing in accessible areas will force prices of existing stock to rise as new households will have fewer choices.

There is a real danger that opportunities for providing affordable housing, special purpose housing and older persons units, including community housing, will be severely curtailed. Housing diversity creates an ability for communities to stay together.

Without a diversification of stock it is clearly not possible for this to occur.

Melbourne is the least affordable city in the world.

Melbourne was recently found by the ‘Demographia International Housing Affordability Survey’ to be the 6th least affordable city in the world, where restrictive land use policies were cited as one of the significant factors in unaffordability.

[sam id=37 codes=’true’]The restriction on the reasonable development of land in suburban Melbourne can only increase housing prices, particularly in the established housing market.

There will be no real alternative to established homes in the inner and middle suburbs, with townhouses and small scale apartment buildings effectively restricted to only small pockets.

With a limit supply of new housing choices in established areas, existing homes can only rise in value, becoming even more unaffordable.

Coupled with the significant issue of affordable housing is the underestimation by the State Government in its population forecast for Plan Melbourne.

The creation of development ‘go go’ areas, such as Fisherman’s Bend and other urban renewal sites will be an important part of the solution in providing an affordable supply of housing.

Obviously the implementation of infrastructure, in particular public transport for Fisherman’s Bend, will be key to the success of these precincts.

But locking away significant portions of Melbourne’s residential land from anything more than 2 unit developments can only be seen as madness.

The irony is that many of the Council’s imposing high levels of the NRZ are public transport rich with excellent access to infrastructure, activity centres and services. It is these areas that should be contributing to urban consolidation but are not.

It has been reported that planning permit applications and the number of dwellings being sought for approval in the City of Glen Eira has not decreased since the implementation of the new Zones in August 2013.

However, given the surge of applications that were lodged to beat the mandatory controls prior to the approval of the zones, I am sceptical of the veracity of this information justifying that the new zone regime has not impacted on dwelling numbers.

In my opinion the widespread use of the Neighbourhood Residential Zone will:

Given that the zones are now implemented, I wait with great interested in the coming years to see how our city unfolds.

Colleen is director of Ratio Consultants and has over 20 years of experience leading planning projects for both private and public clients. In addition to her planning expertise, she has developed a specialisation in social and economic impact assessments and is a highly regarded expert in these areas. Visit www.ratio.com.au/.