No – that’s wrong according to a new report which shows these measures are helping to boost the supply of new homes, put downward pressure on prices and give ordinary Australians a better chance of entering the property market.

The ‘Australian housing investment: analysis of negative gearing and CGT discount for residential property’ report was commissioned jointly by the Real Estate Institute of Australia (REIA) and the Property Council of Australia as part of an evidence-based examination into housing affordability factors.

The research finds that:

The report warns that:

‘the immediate removal of negative gearing without allowing to carry forward losses is likely to result in a portion of the average net rental loss (which was, on average, $9,500 in 2012-13 across all taxable income groups) being added to rental prices’.

“Negative gearing and CGT are doing all the right things when it comes to improving housing affordability for Australians,” Mr Morrison said.

“They tick all the boxes by increasing supply, giving people an opportunity to get into the housing market and helping ordinary Australians build wealth for their future.

The reality is that if negative gearing was abolished there would less investment and rents would go up.

It is time to start focusing on the real barriers to home ownership like runaway stamp duty costs which have increased by as much as 800 per cent in the last two decades.”

REIA CEO Amanda Lynch said the report debunks the most common myths around negative gearing and the CGT discount and shows the bottom line benefits delivered to supply.

“Mum and dad investors are overwhelmingly the ones who benefit most for the ability to negatively gear their property investments,” Ms Lynch said.

This isn’t some tax lurk for the wealthy, rather an incentive for people on low to average incomes.”

And it has benefits for the broader economy, as the report notes ‘The ability for investors to gear and use debt is a crucial part of investing and fostering economic growth’.

“Tinkering with negative gearing would introduce distortions into the tax system and attack confidence, counter to the principles of simplicity and fairness we are seeking to achieve.” 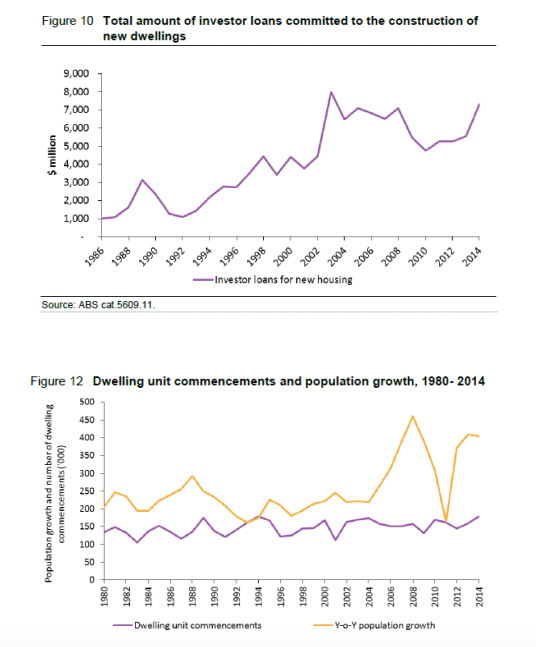