The changing nature of our economy is making itself felt across the business sector, and this in turn is changing the nature of work and where it takes place.

But is our urban thinking keeping pace with this change or are we too sentimentally attached to old patterns of urban development to allow the new economy to thrive?

Urbanists (or new urbanists or their various incarnations) have celebrated the role of the city throughout history.

Traditional European or US urban models of urban development have been studied diligently and even modern cities that developed well into the age of the private automobile have been urged to mimic initiatives that reflect traditional forms of the urban – be that in transit, housing form or other aspects of a city.

The sentimentalism was the backdrop for the enigmatic movie “The Truman Show” – itself shot on location in a ‘new urbanist’ community of Seaside, Florida.

But then along came 21C digital technology and it looks like the urban party is at risk of being spoiled.

The pace of growth in technology and its ready access has been responsible for everything from a rapidly ageing population (extended lifespans thanks in part to technological advancements in medicine, early disease detection and treatment) to the globalization of work, and lately for the increasing ability for work to take place where it suits us.

How is this challenging our traditional thinking about cities and urban development?

The evidence is starting to appear in official employment data.

Based on some analysis recently by Macroplan, if 2006 is taken as a base year, the changes since then are worth thinking about.

Traditionally, cities (and particularly CBDs) grew off the back of white collar employment.

But since 2006, the index for this category of employment across Australia is sitting at 63.7 as of January 2016.

In other words, despite growth in the wider economy, this category of employment has declined.

It is entirely possible that offshoring (via technological advance) has seen some of these jobs move to lower cost locations (perhaps driving office space demand in Delhi?) and also that technology has meant that fewer people can accomplish more tasks.

There has also been a decline in ICT roles (sitting down from 100 at 87.2) and even legal, social and welfare professionals are down slightly at 94.

By contrast, medical practitioners and nurses are at an impressive 225.7 on the index.

Similarly, health diagnostic and therapy professionals are at 207.8 and carers and aides are at 150.9.

Health-related professions have been the big drivers of jobs growth in Australia, followed closely by hospitality and retail (123) or sales and marketing/PR roles (133.8).

This doesn’t mean that all the traditional white collar office job roles are disappearing – just that without growth in the health sector, our jobs market as a whole would probably be shrinking. What does this mean for city development?

They rely on being close to the people in need of their services.

Many services are increasingly mobile. 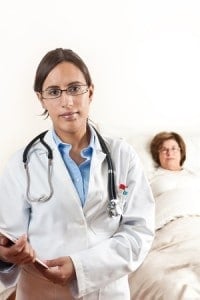 They are certainly decentralized.

They do rely on proximity to each other, other than some evidence of medical related clustering for consumer convenience.

Office workers and CBD jobs, by contrast, have relied on proximity to each other for the creative energy that follows and the professional networks that proximity thrives on.

But it is precisely this type of function that is increasingly being liberalized from the need for proximity, either because the nature of work can be performed just as well elsewhere (in suburban centres or offshore) or because some aspects of technology are rendering it redundant altogether.

If this continues to happen, our CBDs will increasingly become less about ‘central business districts’ and more about ‘central amenity districts’ which are enjoyed for their access to recreation, entertainment, or cultural virtues.

This will also mean wholesale changes to our thinking about urban development are required.

Transport systems designed on 19th or 20th century models of suburban commuters clocking in at their CBD office may have to give way to widely dispersed models of employment where the place of work and the hours of work simply cannot be serviced by traditional public transit models. 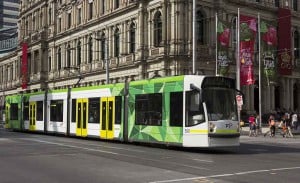 We may need to look to partnering with the Ubers of the world to make more of our investment in roadways without adding to congestion.

We may need to rethink our planning mindset which allocated fixed uses to particular sites – such as retail – and instead encourage greater flexibility in land uses to respond to the fast changing nature and location of work.

The pace of technological change will demand nimble, responsive urban development and flexible approaches to land use planning if we are to grow our national prosperity.

Our cumbersome governance structures, arcane planning laws and sentimental attachment to traditional forms of urban development might all need to change to allow that to happen.