In his column in Switzer, John McGrath discusses ‘megalot’ land deals – the latest trend in the property market.

There’s an emerging trend in major cities like Sydney and Melbourne where neighbours are banding together to sell their  in single ‘megalot’ land deals to developers.

This has been happening over the past few years in response to government infrastructure programs that include re-zoning land close to major new projects such as train stations and hospitals.

This re-zoning, which is allowing the construction of medium and high density apartment blocks on land previously restricted to single homes, is definitely the way of the future in major cities where population growth is high.

The great news is that separate to the actual need for more medium-to-high density living to simply fit everyone in; a lot of people actually want to live in apartments over houses these days anyway.

So it’s a great marriage between the practical needs of growing cities and the lifestyle preferences of their residents.

The latest case study of this trend is 25 neighbours in Castle Hill in Sydney’s Hills District, who have listed their homes as a single 24,000 sqm lot worth around $100 million. 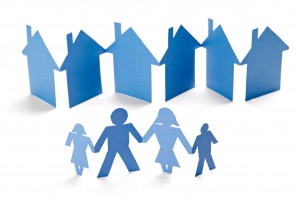 The area is proposed to be re-zoned as part of the development of North West Rail Link, with the Showground Station being built nearby.

If the site sells for $100 million and the proceeds are split evenly, the vendors will pocket $4 million each, which is about three times the median house price in Castle Hill.

In the Northern Beaches suburb of Frenchs Forest, 62 home owners are offering their combined lots for about $200 million.

Their site is also close to new infrastructure – about 200 metres from the new Northern Beaches Hospital, which is under construction and expected to be completed in 2018.

The home owners are expecting more than $3 million per lot, which would be more than double the suburb’s current median house price of $1.4 million (CoreLogic).

This ‘mega lot’ trend is a fantastic example of people power and creatively leveraging market conditions (including re-zonings) to your benefit.

Some home owners are motivated by the financial windfall that comes with selling to a developer.

Others see it as making the best of a bad situation, feeling like they need to leave the suburb to avoid being surrounded by high-rise developments in the future.

Residents are either approaching each other to form syndicates on their own initiative following a re-zoning, or they are responding to letterbox flyers from developers either pre- or post re-zoning.

Some are approaching agents for an introduction to developers, while others are asking agents to approach their neighbours on their behalf.

The ‘megalot’ trend is also happening in Melbourne.

If you’re interested in doing something like this with your own neighbours, certainly get excited but also I’d advise you to exercise caution. 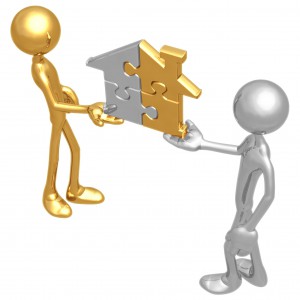 You’ll need an iron-clad agreement with your fellow sellers stipulating the terms of the sale (especially settlement periods and whether the sale relies on official re-zoning before exchange), the division of sale proceeds and a commitment from everyone to proceed.

Get a lawyer involved to make sure everyone’s rights are protected.

Things can get messy when there are some lots larger than others, for example.

You need total agreement between yourselves before you can begin dealing with developers.

You’ll also need an agent experienced in major multi-million dollar transactions with developers to market the property and act as your advocate and spokesperson.

'Neighbours cash in on ‘megalot’ land deals' have no comments