It was my first meeting with a new potential client, and they tossed out a number.

It was a good number, but I recently vowed to negotiate more.

So I threw out a higher number, then held my breath through the awkward silence.

I hate the anxiety-ridden, nerve-wracking process of negotiating, but here’s why I’ve learned to embrace it despite the fact.

Why Negotiating Is Trickier for Women 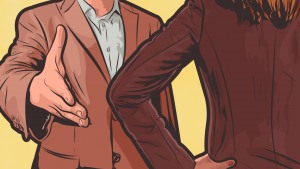 While the wage gap has narrowed quite a bit since 1963, the year the Equal Pay Act was signed into law in the US, women, especially women of colour, still earn less than men.

Australia is in a similar situation, with Australian women earning $0.83 to every $1 earned by Australian men.

We’ve come a long way since the ’60s, but there’s still a lot of work to be done, especially considering some people actually believe the gap is a myth.

The Equal Pay issue is complex and the reasons the wage gap exists are complicated.

For example, some argue that women are paid less because they don’t negotiate.

According to Harvard Business Review, this is what happens:

In repeated studies, the social cost of negotiating for higher pay has been found to be greater for women than it is for men.

…women ask for wage rises just as often as men, but men are 25 per cent more likely to get a raise when they ask.

First, not only are women perceived more negatively than men when they negotiate — men are seen as confident and powerful, whereas women are seen as difficult — they also get what they want less often than men.

Traits of Women Who Are Underpaid

I always understood the wage gap issue from afar, but it didn’t really hit home on a personal level until I read Barbara Stanny’s Secrets of Six-Figure Women.

Despite the initial “As Seen on TV” feel of the title, the book offers some major insight on how women handle money.

Stanny interviewed 150 women for her book and found that those who earned less shared a handful of traits, chief among them being that they avoid negotiating.

Here are a few traits of women who were chronically underpaid:

They believe poverty is noble: They think being poor gives you access to a certain sense of morality, and money is evil.

This hit home so much. I grew up poor and always assumed rich people were greedy.

I even wrote a post on how I “romanticised” poverty.

Of course, these traits can obviously apply to men, too, but Stanny specifically interviewed women to compile this list.

It’s also easy to see why women might undervalue themselves professionally.

All you have to do is entertain those myth-busting arguments, the worst of which resort to the argument that women simply aren’t as smart or as qualified as men. 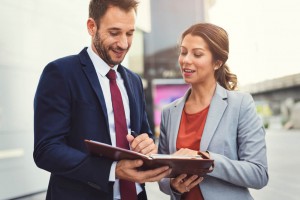 Stats aside, if you want to earn more, negotiating is a necessary part of the process.

I’m not confrontational or assertive.

I’ve always hated the idea of being difficult.

Negotiating is trickier for women. I started to feel like I should negotiate more because of that fact, not just in spite of it.

But after reading about the issue, especially Stanny’s research, I started to look at negotiating as not just a way to increase my own earning potential but also as a microcosmic way to protest a larger, systematic issue.

In other words, negotiating is trickier for women; I started to feel like I should negotiate more because of that fact, not just in spite of it.

How I Got Comfortable With Negotiating

After reading Stanny’s book, I vowed to start asking for more.

What started as an experiment in negotiating turned out to be an exercise in confidence and empowerment. 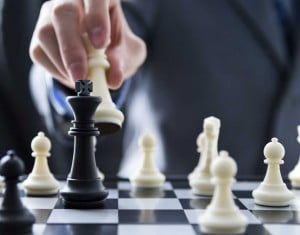 I negotiated my way out of a budget cut.

I even walked out of a car dealership, only to have them call me nonstop later that day, asking to accept my offer.

If you knew me, you’d be surprised.

I’ve always been the soft-spoken, agreeable girl who hates confrontation.

But that was part of the problem.

Conquering my fear of negotiating meant I had to conquer my fear of speaking up.

Here are a few points and tips I kept in mindto get over my fear.

Your Biggest Fear Is Probably Rejection, and It’s Not That Bad

One of the most empowering moments in my negotiating was getting rejected.

I asked a big client for more money and they said, “I’m so sorry, but that’s not in our budget right now. Hopefully we can make it happen in the future.”

Rejection had always been my biggest negotiating fear and it wasn’t that bad.

Plus, even though I didn’t get what I wanted, I still successfully pushed the boundaries of my earning potential, and that felt good.

Practise When the Stakes Are Low

The more often you negotiate, the more comfortable you get with it.

This is why it helps to practice in low-pressure settings. 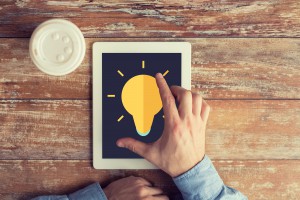 I would haggle my mobile phone or internet bill, for example: Optus has a better promo rate, what else can you offer?

Or, I’d haggle at furniture stores: Would you consider $175 for both stools instead?

More often than not, I was successful.

It was an easy way to get used to asking, which was the hardest part for me.

Plus, it gave me the confidence to be taken seriously as a negotiator.

As Harvard Business Review points out, approaching a negotiation as a confrontation actually ensures that it will be confrontational.

Instead, they suggest thinking of it as joint problem solving: “What are the critical issues at hand, what are my interests and their interests, and what are some different possible options for satisfying those various interests?”

This not only helped me get over the whole “I hate confrontation” thing, it also boosted my confidence.

Instead of focusing on what I would get out of the situation, I thought about what kind of value I could bring to the table.

Negotiating wasn’t about being greedy.

It was about striving to reach my potential.

Whether it’s a mobile bill, your salary, or a new car, research is crucial for any kind of negotiation. 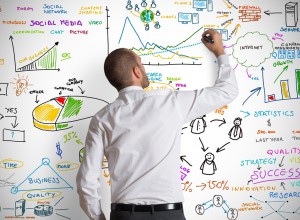 Research salary information on a site like Glassdoor or PayScale when you negotiate your raise.

Research vehicle value on RedBook when you visit a dealership.

Research competitor promo rates when you haggle your phone bill.

Those are just for starters, but anyone with any negotiation experience will tell you: Research is everything.

Not only will you be more prepared going into the negotiation, you’ll be a lot more confident that you know what you’re talking about.

My friend Erin Lowry, a fellow money writer (and author of the upcoming book Broke Millennial), told me:

I actually spoke to a lawyer once who admitted to me that he didn’t give a woman subordinate as large of a raise as some of her co-workers because he knew her husband earned such a significant paycheck.

It sucks that this happens, but it happens.

For that reason, Lowry says women might consider keeping personal info, like engagements or parenting plans, close to the vest. Plenty of other successful women agree that women have to think about negotiating differently than men.

Beyond the bias, though, I’m convinced that 90 per cent of successful negotiating is just getting up the nerve to ask.

You can learn all the tricks and hacks in the book, but most of the work (and the payoff) happens when you part your lips and say the words, “Can you do $72,000 a year instead?”

By the end of my conversation with that client, they agreed to the higher rate, and I’m sure as hell not some expert negotiator.

I was nervous and I stammered a bit. 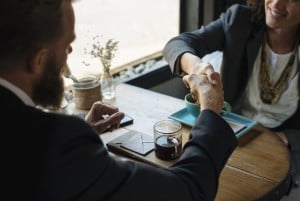 Perhaps I asked all wrong, but I asked.

Who knows if that client perceives me differently now?

Maybe they do think I’m difficult.

The fact of the matter is, I asked.

Successful or not, it feels good to get more comfortable with negotiating.

It feels even better to get more comfortable with being “difficult”.

'Negotiating Is Trickier For Women, But You Should Do It Anyway' have 1 comment