The debate over potential changes to negative gearing and the capital gains tax discount has got plenty of Australians concerned – and not just investors, either.

The flow-on effects would impact every Australian whether they live in their own home or rent.

The notion that negative gearing is some slick tax reduction strategy employed by the mega-wealthy is far from reality.

The latest available ATO stats (FY2013) show the largest group of people reporting a net rental income loss for the year were in the $100,000 to $150,000 taxable income bracket.

In many cases, negative gearing is the only way mum and dad investors can afford to invest in property beyond their own home.

The Australian Financial Review recently published a story stating around 1.2 million people had negatively geared investment properties and around 330,000 investors had used the 50% capital gains tax discount in the 2013 financial year.

That’s a lot of people relying on those two tax subsidies to help them build wealth for the future.

I think any changes that make it harder to invest in residential property are going to be a wealth killer for average Australians.

While Labor has already outlined its proposed changes, which include limiting negative gearing to new properties only and halving the capital gains tax discount from 50% to 25%; the Coalition is taking its time in firming up its policy and speculation on potential changes is rife.

This is very unsettling for people already relying or intending to rely on bricks and mortar for future financial security over the more volatile share market.

Any net rental losses incurred can be deducted from their salary or wages income, thereby reducing their overall annual tax bill.

When selling, investors who have held their assets for more than a year are entitled to a 50% discount on their capital gain, which lowers their overall capital gains tax bill.

Both policies have been successful in encouraging Australians to invest.

The idea of tinkering with these laws is ludicrous because it will adversely impact every single Australian whether they own property or not!

• The 70%* of Australians who own their own home (usually their cornerstone asset) might see a decline in their home’s value. Any action that lessens the attractiveness of residential property will have this effect

• Investors will find it harder to afford their assets, particularly over the long term

• Renters will be forced to pay more in an already pressured rental market, as landlords would seek to recover lost tax savings through higher weekly rents

In my opinion, we should be aiding hardworking Australians who are trying to get ahead through property investment, not hindering them.

If we make it harder and less affordable for Australians to invest, we’re looking at serious consequences down the road with many more people reliant on an already stretched pension and welfare system.

These days, it’s generally accepted that in most cases a person’s superannuation would not be enough to fund their retirement, so they need to invest to create additional sources of income that will last beyond their final day at work.

And the investment asset class that Australians best understand and are most comfortable with is residential property.

It’s been the safest path to financial security for all Australians for more than 100 years.

Further, if these proposed changes were actually introduced, investors might opt out of property altogether which would then result in a significant decline in stamp duty revenues and vastly reduced rental accommodation, making it even more difficult to house our growing population in an already undersupplied market.

Why would any government want to do that? 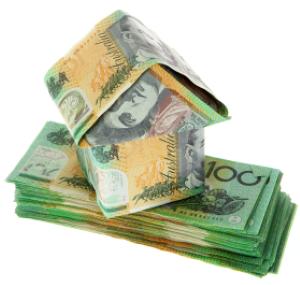 One final point, which relates to overall economic ramifications.

New figures from the Australian Bureau of Statistics show real estate has overtaken mining as Australia’s most profitable industry; and thus it is more vital to the economy than ever before.

Changes to negative gearing and capital gains tax will weaken this sector at a time when governments are saying we need to help non-mining industries rise up and fill the void left by the end of the resources boom.

Construction is another related sector that would be severely impacted, leading to job losses and fewer new homes to meet the demands of our growing population.

I can’t see a single valid reason why any government would target negative gearing and capital gains tax benefits as a means of saving money.

The most obvious reason (which is not a valid one!) why it’s currently being targeted is because these subsidies cost a lot – but I contend there is value for money when such subsidies are helping a huge percentage of people proactively build wealth for their futures.

Don’t we want to encourage that?

Australia is a big economy and we spend a lot of taxpayer dollars in many different ways.

There are plenty of other areas where we can cut spending while also minimising the number of Australians adversely affected.

Our politicians need to think twice.