So, you are now in a position to enter into a Building Contract, but your hand starts to shake as you go to sign the Contract with the Builder’s gold pen in your hand.

Beware too the Builder who urges you on by saying such things as “It is just a standard Contract, I have never had any problems with it”.

Or, if you get anxious and suggest to the Builder that you would like your solicitor to look at the Contract first and his reaction is to answer “I have done over 100 Contracts in the last few years and never had anyone ask for their solicitor to check the paperwork”

Like a boudoir bandicoot he is preying on your ignorance and trying to bully you into a state of reluctant compliance.

Why should any builder who has nothing to hide have any objection to a reasonable request that you have the Contract checked over by your family solicitor.

After all, the Builder works with these fundamentals every day of the week, you do not.

There are many issues to be considered, but here are three important ones.

This is the amount that the Builder agrees to pay you if the property is not constructed to practical completion within the timeframe in the Contract. All too often, the amount inserted for liquidated damages is a meagre $100 or $200 per week.

Contrast this with what almost every builder includes in the Contract as the penalty that you will pay him if there is any delay in making even one progress payment – often an amount of 18 or 19% penalty interest.

So don’t baulk at asking the Builder to include a more realistic figure for liquidated damages to be paid to you in the event of his delay. All you need say is that you simply want to be treated fairly.

If he is entitled to 18 or 19% interest on any late payments by you, why shouldn’t he at least pay you say the amount of rental that you will have to pay if you have to move into an alternative property until he has completed the project, or until your tenant can move in.

Some commentators think that this is still being overly fair to the Builder however if you think it through, the aim of the exercise is to simply keep them honest and try and get them to bring the property “in on time”.

If you insert too high a figure then in my experience this will only prompt them to increase the price of the job by issuing Variation Notices for every small alteration that they have made which they would otherwise have probably just thrown in as part of the price.

Best not to appear to be too greedy. This leads me to my next point.

2. Variations to the Contract

Make sure that you are crystal clear about what ability the Builder has to vary or increase the price. 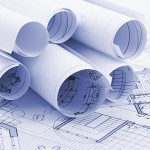 Most Building Contracts provide that for any variation the Builder is entitled to charge you the actual cost of the variation plus at least another 20% of that cost.

Blowouts of building costs in this way are very common and a big trap for the uncautious.

It is for this reason that it is essential that you always ask the Builder not only what is included in the building price, but what is excluded.

Wrongly assuming that an item such as say, flyscreens, was included in the sale whereas it is in fact excluded, could understandably lead you to later on requesting a variation to the Contract to include flyscreens thus prompting an unexpected blowout in the building costs.

3. Builder’s Right to Freeze the Title to Your Property

Many Building Contracts provide in the fine print that the Builder has the right to lodge a caveat (a freeze on your title) over the property if you default in making any payment to him. 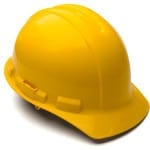 For example, late payment of even an amount of say $1,200, can trigger this right.  Such a provision is grossly unfair to you as the owner.

Freezing of the title in this way not only prevents you from selling the property but also prohibits you totally from borrowing any additional monies against it or even re-financing your loan.

To understand fully the power that such a clause gives to your builder think of the point in reverse with this simple example.

Let us say that after the job got underway you varied the Contract so that, for example, you constructed the front fence to the property (and not the Builder as stated in the Contract) and a refund was therefore due to you on handover of the property.

If the Builder failed to make this payment  to you how would the Builder feel if this gave you this time, and not the Builder, the right to freeze his building company.

Now that gets this issue into perspective, does it not.