The national residential vacancy rate fell further to a low of 2.1% in March 2019, with the total number of vacancies Australia-wide now at 70,877.

Canberra is the only capital city to increase its vacancy rate from 0.8% in February to 0.9% in March 2019, reporting only 575 properties available for rent.

Sydney, Melbourne, Brisbane, Perth and Adelaide all experienced a 0.1% decrease in vacancy rates.

Darwin and Hobart have remained steady at 3.7% and 0.4% respectively.

Hobart continues to record the lowest vacancy rate in the country since September 2014.

Darwin’s vacancy rate is now 3.7% as the city continues to rank the highest of all capital cities since it overtook Perth in September 2018.

Sydney currently has the second highest vacancy rate at 3.1%.

Although there have been some marginal decreases in vacancies in most states over the month, Perth was the only city to record increases in asking rents for both houses and units.

Hobart’s near double digit growth in  asking rents for units reflects the ongoing strong demand in a city where rental supply has been pushed to its limits and experiencing shortages in accommodation.

For the major east coast capital cities, although the latest results show a tightening of vacancies and steady rents over the month and the near term, the expected influx of new construction completions and the uncertainty around the Federal election are likely to contribute to increased vacancies and downward pressure on rents. 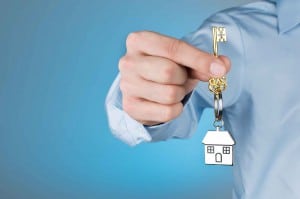 Hobart’s weekly asking rents for units surged ahead with a 9.9% increase over the month and 12.3% over the 12 months.

House weekly rents however, have decreased 2.2% over the month but improved 4.9% over the year.

Sydney has managed a steady asking rent for units but house rents have marginally declined by 0.8% over the month.

Perth’s rental market increased for both houses and units at 1.2% and 0.9% respectively.

In contrast, Adelaide has recorded rental decreases for houses and units at 0.5% for both.

'National Vacancy Rates Marginally Down' have no comments