Figures released by SQM Research reveal national residential listings were steady in May 2018.

Though listings fell again in Hobart exacerbating the shortage of properties available for sale in that city, asking prices for houses rose modestly nationwide over the month.

Property listings fell 4.7% in Hobart in May from April and remain down sharply or 26.0% from a year earlier.

In Sydney, listings rose modestly by 1.5% from April but are up 29.2% from a year earlier as some homeowners seek to take profits on their properties.

Melbourne listings rose by 2.4% and are now up 10.3% from a year earlier, reversing a shortage of properties for sale evident through 2017.

In Canberra, listings fell by 2.5% while in Adelaide they were steady.

In Darwin listings fell by 0.9% though they are steady from a year earlier.

We continue to see a shortage of properties available for sale in Hobart.

But elsewhere, the story is different, with greater supply now evident in most capitals compared to a year ago, leading to slowing growth in property asking prices as supply increases.

We are also seeing more property being listed in Melbourne compared to a year ago, which has taken pressure off asking property prices for houses and units, which fell over the month.

Even in Hobart, price growth has slowed despite the ongoing shortage of properties for sale there. 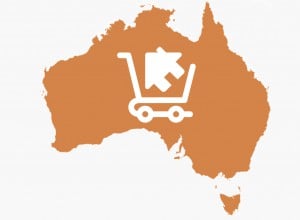 Over the year, house asking prices were steady at $1.36 million as the property market cools in Sydney.

Nationwide, asking house prices were up by 3.8% while units prices rose 4.6%.

In Melbourne, asking price for houses fell 0.5% over the month and rose 10.3% over the year.

Hobart’s asking property prices are cooling too despite a fall in listings, with house prices down by 0.4% over the month to 29 May and they are up just 4.8% over the year, down from 20%-plus gains a year through 2017. 'National Property Listings Steady in May' have no comments