Who won and who lost in property? 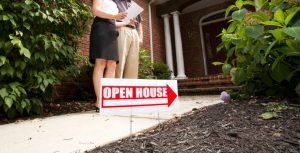 That’s what Corelogic’s pain and gain report tracks and nationally, loss making resales trended lower over the December 2019 quarter, to comprise 11.3% of all resales over the three month period.

This was the fifth consecutive month that the portion of loss making resales declined.

Of course, being last year this was before anyone ever new about Coronavirus.

There are several  factors which have increased sales profitability in the second half h 2019.

From the trough of the market in June 2019, the CoreLogic home value index showed a 5.8% increase to December.

This was led by a 9.9% increase in Sydney dwellings and 9.6% in Melbourne over the period.

In the capital city bounds, loss making sales comprised 11.4% of sales, while in regional areas it was 11.2%.

This represents a decline in the portion of loss making sales across both markets.

While regional markets saw a lower portion of loss making sales, portion is declining faster in the capital city markets.

The decline in loss making sales was 1.3 percentage points across the capital cities from the September quarter, compared with 0.8% in regional markets.

Again, this dynamic is linked to patterns in capital growth.

From the market trough in June last year to December, the capital city dwelling market increased 7.0%.

From the market trough to December 2019, regional markets increased just 1.4%.

On aggregate, the regional market has not been as volatile as the capital cities.

Before the onset of the coronavirus, capital cities may have continued this trajectory, showing fewer loss making  sales than the regions.

However, with COVID-19 potentially creating a blunt shock to demand, this trajectory may be interrupted over 2020.

In the December quarter, the improvement  across capital cities was broad based, with a lower proportion of loss making resales recorded in each  of the capital  cities except  for Hobart, where loss making resales  have been  tracking close to historic lows. 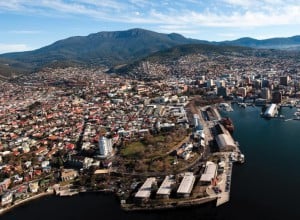 Changes to the portion of loss-making sales are summarised in the table below.

The lowest portion of loss making sales  across the capital cities was Hobart, where 98.1% of resales saw gains in the December quarter.

This is unsurprising given Hobart has been the strongest-performing market in the past 5 years.

What is perhaps more surprising is the increase in loss making sales across Hobart.

Of the 738 sales analysed across Hobart, only 14 sales made a loss.

The losses may be attributed to the relatively low hold periods, where the median hold period was 5.8 years on the loss making sales compared with 9.0 years among profit making sales.

Given the relatively low portion of loss making sales, there is also likely to be varied personal circumstances or property-specific issues that prompt a loss making sale.

Beyond Hobart, Melbourne and Sydney had the lowest portion of loss making sales over the December quarter, and a fairly sharp reduction in that proportion from the September 2019 quarter.

Darwin had the highest portion of loss making sales over December, at 45.6%.

This has fallen from 48.5% in September.

The reduction in loss making sales occurred even as prices deteriorated further in the Darwin market over the quarter.

Darwin saw a greater volume of resales in the December quarter (up 18.2% on the previous quarter).

These factors could account for the decline in loss making sales, because houses tend to hold higher value than units, and there is a higher incidence of properties sold that were bought  prior to the highs of the mining boom 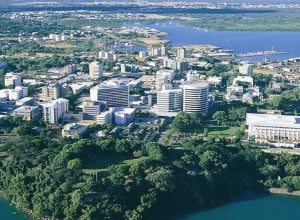 Most regional areas have seen a decline in the portion of loss making sales.

Some regional areas, such as Newcastle and the Gold Coast were already enjoying a spill-over in demand from nearby major metropolitan centres.

Other regions, such as parts of Outback WA, were seeing slight market improvements off the back of a stabilisation in mining investment.

The data suggests that the majority of sellers reaped  gains from property sales in the December quarter.

As housing activity is disrupted due to weaker economic conditions and social distancing policies related to curving the spread of coronavirus, profit making resales could become less common in 2020.

However, whatever downturn is to be endured in property over the next 6 months to a year,  it follows  a decade of strong growth rates.

As with the results in the December quarter, profit making sales are more common where hold periods are higher.