Australia’s central bank will cut interest rates to 1% within a year to combat weak inflation and rising unemployment and could then turn to unconventional monetary policy, according to Alan Oster, the chief economist at National Australia Bank Ltd. 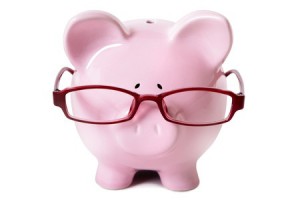 Announcing updated rate forecasts in conjunction with the release of NAB’s July business confidence and conditions survey that both showed declines, Oster is focused on risks to the economic outlook in 2018, when a lift in natural-gas exports levels off and a dwelling construction cycle turns down.

The Reserve Bank of Australia “is seemingly less worried than we thought about using up some of its valuable remaining monetary policy ammunition,” Oster said, referring to two cuts in the past four months to a record-low 1.5%.

“The case for further cuts from the RBA appears to be mounting.”

Prior to the Aug. 2 interest-rate cut, the lender had forecast a 1.75% rate through the third quarter of 2017.

To stabilize the jobless rate at around 5.5%, the RBA will need to provide further medium-term support through two more 25 basis point cuts in May and August 2017, said Oster.

“And thereafter raises the prospect of the RBA thinking about the use of non-conventional monetary policy measures,” he said.

Australia’s central bank has studied the examples of unorthodox policy conducted by its peers, and would favor a multi-pronged stimulus if economic conditions unexpectedly deteriorated.

While the RBA says the chances of considering unconventional steps is “very remote,” incoming Governor Philip Lowe — who takes the helm in September — has indicated that lowering the rate on its own would lose effectiveness as it approaches 1 percent.

“The outlook for inflation remains very subdued,” said Oster, a former OECD and Treasury official, who expects CPI to remain below the bottom end of the RBA’s 2% to 3% target until mid-2018.

“Most of the factors currently suppressing inflation are likely to persist, including low wages growth, strong retail competition both domestically and offshore, low commodity prices globally and slow growth in rents as dwelling supply picks up.”

Oster noted that in Friday’s quarterly Statement on Monetary Policy the RBA “appeared to be much more focused on highlighting the downside risks to the outlook,” particularly in relation to the likely direction and degree of spare capacity in the labor market.

NAB’s business confidence survey slipped 1 point to 4 in July, compared with a long-term average of 6; business conditions — a measure of hiring, sales and profits that reflects the here and now — slipped 3 points to 8, but still well above the long-run average of 5.

The economy is reasonably solid in the near-term, supported by an improved non-mining economy — particularly with strong growth in residential construction — and increased hard commodity production, Oster said.

That’s shown in the business survey, which has consistently shown very high levels of conditions and positive confidence “despite some large external shocks such as the Brexit vote,” he said.

It’s also worth noting that the survey was conducted July 25-29, before the Aug. 2 rate cut.

These could require additional policy action to support growth, especially if the RBA hopes to see inflation return to be within its target band.

“Both global and domestic disinflationary pressures are expected to keep CPI inflation below the target band for an extended period, while structural shifts in the economy and modest economic growth will leave the unemployment rate under pressure,” Oster said.

The Aussie dollar has held at around 76 U.S. cents since last week’s rate cut, having fallen as low as 68.64 cents in mid-January.

Australia’s key services industries of tourism and education are heavily influenced by the currency’s trajectory.

Devaluing the currency would be the best option for the RBA if conventional monetary policy reached its limits, according to Saul Eslake, also a veteran economist of the nation’s financial markets.

'NAB Predicts 1% Cash Rate Within 12 Months' have no comments