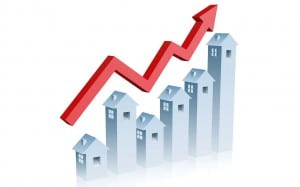 A house in Hawthorn East cost the same as a house in Frankston North.

Use the following interactive graphic to see how values grew in your suburb:

Unfortunately, not all properties increased in value significantly

As always, where there are winners, there have to be losers.

Back in 1975  that  budget of about $30,000 could have secured you a typical home in Melton (with lots of land too), in what was then a satellite city some 35 kilometres west of the CBD.

Over the last 40 years Melton has had the slowest rate of any Melbourne suburb and its median price currently stand at $250,000.

However, Hoppers Crossing has limped along in price growth to reach $345,000 today, whereas the median house price in Richmond is now $1 million.

'How Much Has The Value Of Your Melbourne Property Grown?' have no comments