Which way are interest rates heading? Up or down?

While on the one hand there is downward pressure on interest rates because of our slowing economy, there are other influences which are likely to put upward pressure on rates.

Put simply the cost of money for our big banks will rise due to changes introduced by the Australian Prudential Regulation Authority (APRA).

Call me cynical but…

I can’t see the banks absorbing this cost which means they are likely to pass this on to borrowers.

You see…the big four banks and Macquarie will have to carry more capital against mortgages after APRA said the average “risk weighting” for home loans needs to rise from around 16 per cent to “at least 25 per cent”. 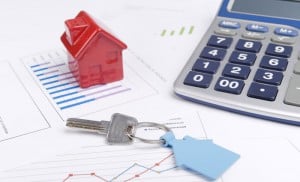 The changes, which were recommended by last year’s financial system inquiry, are aimed at making the banking system safer and helping smaller lenders compete.

While these recommendations have been anticipated they means the banks will need to increase their capital by around $11-12 billion between them.

APRA explained this would be the equivalent of increasing minimum capital requirements for the major banks by approximately 80 basis points or 0.8% in interest rates.

Experts predict the banks will pass on some of this extra cost to customers, especially those with home and investment loans.

But rather than suddenly raising loan interest rates, banks are likley tighten the screws gradually: removing a discount here, tweaking a deposit rate there.

Of course another possibility is that if the Reserve Bank cuts interest rates – something that the market is anticipating – banks could recoup some of their higher  costs by not passing on the reduction to borrowers in full.

This is something they’ve done in the past.