More Millionaire Migrants to Australia than anywhere else [infographic]

While money may not buy happiness, it does buy the ultimate flexibility for making financial and lifestyle decisions.

For many of the world’s millionaires, money provides a highly effective means to escape their home country when times get tough.

And more and more are moving to Australia according to a report by New World Wealth,

In 2016, Australia was the number one destination for millionaire migrants, with the United States close behind. 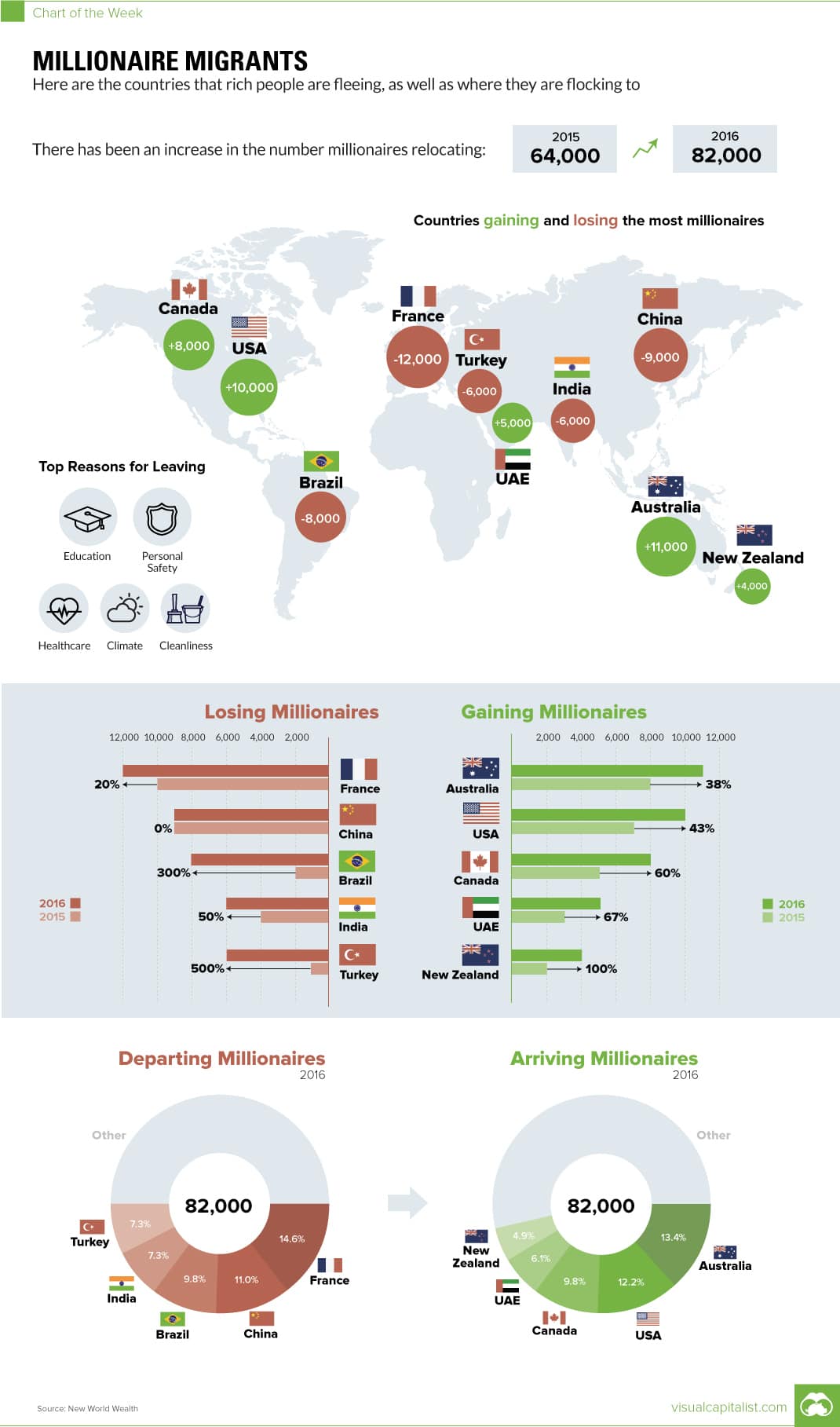 According to the report by New World Wealth, in 2016, a total of 82,000 millionaire migrants  left for greener pastures.

Like most people, millionaires don’t like uncertainty – and they have the wherewithal and conviction to get out of places that have ongoing issues.