There are more apartments are being built in Melbourne now than at any time in the city’s history.

Almost 6,000 dwellings have been completed or are set to be finished by the end of this year, nearly three times the annual average over the past decade, according to an article in the SMH who produced the following interesting infographic: 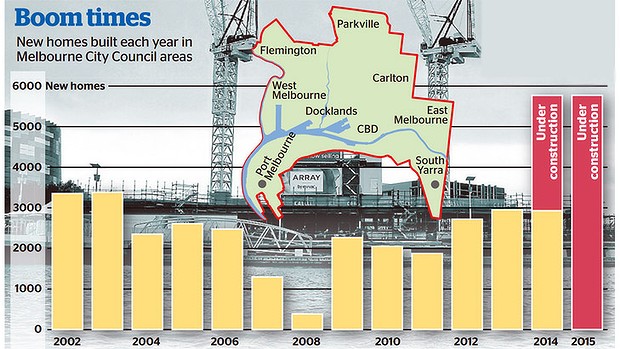 Estimates suggest almost 6000 more apartments are under construction in the Melbourne council area, which covers areas including the CBD, Docklands, Southbank and Carlton, and are scheduled to be completed in 2015.

In Carlton 1,361 new dwellings will be completed over this period, more than the number built between 2002 and 2013.

There is already a significant oversupply of new apartments in the Melbourne CBD as well as in many of our inner suburbs, meaning this record number of new apartments will undermine capital gains and rental growth in these locations. 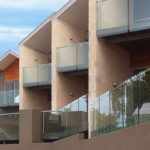 At the same time there is also an oversupply of newly built house-and-land packages in Melbourne’s outer northern and western suburbs where buyers are showing a preference for two to three year old homes which can be bought considerably cheaper than new stock.

In other words investors should avoid these locations or the lure of buying “off the plan.”

Yet there is a shortage of well located established homes and apartments in Melbourne’s middle ring suburbs with demand outpacing supply, keeping auction clearances high and prices strong.

Currently there are some good investment opportunities buying established apartments in Melbourne’s southern or eastern suburbs and adding value through renovations at a time when general capital growth will be a little slower.