Interest rates are set to remain on hold at 2 percent when the Reserve Bank board meets tomorrow.

But a RateCity analysis of key economic indicators reveals an increasing likelihood that rates will be slashed further before the year is out.

Thirteen of the 18 key economic indicators analysed by RateCity this month point towards rates remaining on hold in July, while five suggest a further rate cut. 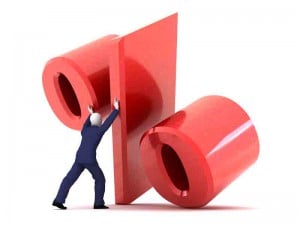 Peter Arnold, financial analyst at RateCity, said a rate cut was likely to be towards the end of the year or early next year.

“The case is building for another rate cut and we expect to see a further 0.25 percentage points wiped off the cash rate before Christmas,” he said.

“Each month we look at a wide range of factors that influence the movement of interest rates and what that means for people; whether they have a home loan or are trying to save.”

“This month twice as many indicators point to steady rates as do for a rate cut so we’re confident that we’ll see them unchanged for at least a few months to come,” he said

High house prices and soaring household debt were among the key indicators that suggest the RBA will leave rates unchanged tomorrow.

Those, combined with high consumer confidence and inflation, which remains within the target band the RBA aims for, he added.

“Consumer confidence in Australia is high but could be impacted by the economic situation in Greece, which could lead to some financial panic in global markets, opening the door for a rate cut here,” he said.