In this ‘Economy in transition’ series, we explore the new economy facing Australia and the opportunities available to help the country shift from a minerals-led powerhouse, to a smart competitor in emerging global sectors.

Today, we look at the sectors expected to lead Australia’s “pivot” from mining.

It’s no secret the mining boom is on the wane, but it’s too early to sign the death warrant yet.

Mining, along with agriculture, will continue to be key drivers of growth in the Australian economy – but we can expect to see expansion in other sectors such as tourism, the health and financial services sectors, banking and securities. 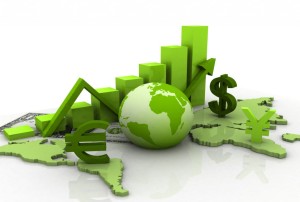 Prices peaked in 2011 at a level comparable to a commodity price spike experienced in the 1970s.

In the past decade, stratospheric commodity prices induced massive mining investment and large increases in mineral exports while creating tens of thousands of new jobs in the sector.

Australia, New Zealand, Norway and, to a lesser extent, Canada, belong to a small group of advanced economies that has significantly increased dependence on commodity exports over the past decade.

This group has become more heavily reliant on them than many developing commodity exporters in Asia and Latin America.

Australia’s commodity exports rose significantly during the boom with minerals, fuels and agricultural produce now accounting for around two thirds of total exports.

Meanwhile, major imports of goods and services include motor vehicles, overseas travel, telecommunications equipment, medicines, computers and furniture, machinery and capital equipment, with manufactured goods accounting for over half.

The mining boom caused major strengthening of Australia’s terms of trade (meaning the ratio of prices received for commodity exports to prices paid for imports). 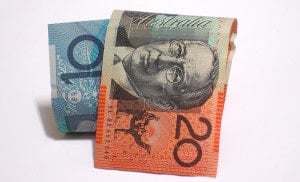 That effectively meant a rise in Australia’s purchasing power over foreign-produced goods and services.

This was reflected in a strong exchange rate that made imported goods and service significantly cheaper for Australian consumers.

The strengthened exchange rate also squeezed other Australian industries such as the car industry and tourism that have to compete internationally.

This downside of the boom was a manifestation of the so-called “Dutch disease”.

According to Dutch disease theory, real exchange rate appreciation worsens the international competitiveness of the economy’s traditional tradable industries, most notably in the manufacturing sector.

The boom was also a source of increased government revenue, primarily via company tax and royalties (as opposed to Rudd government’s ill-fated mining tax which yielded little).

Falls of some 50% from 2011 highs have signalled the end of a commodity price super-cycle.

Nonetheless, commodity prices are still more than a third higher than when the boom began a decade ago, according to the Reserve Bank’s commodity price index (see graph above).

So the once-in-a-generation boom may have passed, but much of mining, now with a much expanded base, is still viable and remains a bedrock industry for the economy. 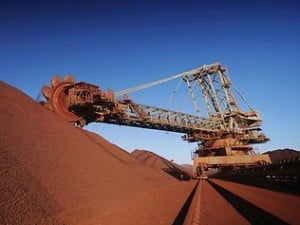 Many economies with abundant resource endowments have grown more slowly than those without them, a phenomena economists have termed the “natural resource curse”.

Compare, for instance, the economic histories of impoverished, yet oil rich, Nigeria and Venezuela with prosperous, yet natural resource deprived, Singapore and South Korea.

Australia has avoided this curse, as have the advanced economy commodity producers mentioned above and some notable developing economies, such as Botswana and United Arab Emirates.

The broad lesson is that, regardless of resource endowments, what ultimately matters for economic growth are the institutions and how soundly economies are managed.

What, then, is in store for the Australian economy should commodity prices keep falling?

First, Australia’s free floating exchange rate – still higher than it should be due to insufficiently tight fiscal policy – can be expected to depreciate further.

This would raise export receipts in Australian dollar terms, insulating commodity producers from lower world prices while restoring lost competitiveness to other sectors such as manufacturing, tourism and higher education.

In this way, a lower exchange rate would act as a shock absorber for the broader economy.

Recently signed trade agreements with China, Japan and Korea and one in train for India have focused on removing tariffs on a wide range of products such as mineral and agricultural commodities, processed foods and manufactured goods such as pharmaceuticals and car engines.

Despite the tapering of the boom, mining will continue to be a mainstay of the Australian economy well into the future.

Agriculture is also here for the long haul.

However the industrial landscape will continue to evolve as new international trade opportunities emerge, especially in a range of services industries.

Not only will this allow Australian companies to reach new markets, it will provide households and firms broader access to cheaper and wider range of goods and services.

Tony Makin is Professor of Economics at Griffith University. This article was originally published on The Conversation. Read the original article.

Is that all there is? Is the recession really over? + Latest… 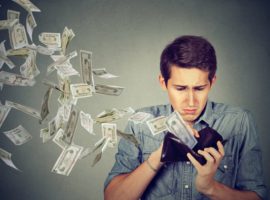 'As the mining boom wanes, Australia pivots to services' have no comments