In his regular column in Switzer, John McGrath discusses how Australia’s Million dollar suburbs are the new median.

Here is what he had to say:

These days, the purchasing budget that a typical family needs in a major city like Sydney is around a million dollars or more, particularly if you want a reasonably large home that is fairly close to work (usually the CBD).

A million dollars is a lot of money.

I’m not about to argue with anyone who says real estate in cities like Sydney and Melbourne is expensive and I agree it’s difficult for many young people to get into the market from a standing start.

The flip side is that as our markets grow in value, so does the wealth of about 7 out of 10 Australians because that’s how many of us own a home either outright or with a mortgage.

But back to the million dollar budget.

New research published by independent data analysts, CoreLogic RPData shows the number of suburbs across Australia with a median property price above $1 million has risen by 31% in the past year alone.

There were 406 suburbs nationwide with a median value above $1 million at the end of 2014.

It’s interesting to note that the number of million dollar suburbs rose by about the same amount nationally (31%) as it did in the capital cities combined (31%) and in our regional areas (33%).

No prizes for guessing which cities had the lion’s share of new million dollar suburbs.

Yes, Sydney and Melbourne by a country mile. 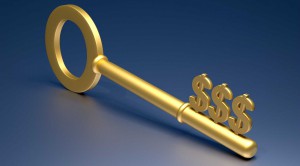 Breaking down the numbers into state figures, New South Wales experienced a 32.7% bump in the number of $1 million suburbs but it was Victoria leading the way with 46.7%.

Among the rest: 15.4% in Queensland; , -7.7% in South Australia; -9.5% in Western Australia; and no change in Tasmania, the Northern Territory and the Australian Capital Territory.

Putting New South Wales and Victoria together, these two states now account for 85% of all $1 million suburbs nationwide.

CoreLogic RPData also put together a list of the Top 10 most expensive suburbs nationally for houses and apartments as of the end of 2015.

The median prices for the Top 10 House Suburbs ranged from around $3.3M in Whale Beach on Sydney’s Northern Beaches up to $6.3M in Centennial Park in Sydney’s Eastern Suburbs.

The median prices for the Top 10 Apartment Suburbs ranged from around $1.2M in North Ryde in Sydney’s Northern Districts to $2.2M in Point Piper in Sydney’s Eastern Suburbs. 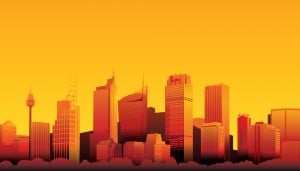 Of course, it’s worth remembering that a million dollar median doesn’t mean that’s the average price – it’s the middle price, so there’s an equal number of homes valued below $1 million as there are above $1 million.

But obviously, a suburb with a $1 million median is going to have more expensive housing all round.

Generally speaking, I recommend buying above a suburb’s median because it means you’ll be getting a superior product to what is considered ‘the typical home’ for the area.

A property that is 10-20% above the median price is going to have better features, providing a better lifestyle and more than likely better capital growth over the long term.

'Million dollar suburbs' have no comments