What is a meth contaminated building?

A meth lab – or clandestine drug lab – is a place where illegally produce Methamphetamine ‘meth’ is manufactured or “cooked.”

Other drugs may be manufactured or processed along with meth.

Materials used in a meth lab are commonly used and readily available and the manufacturing involves poisonous, flammable, and explosive chemicals that emit strong, toxic fumes, it is these chemicals that contaminate a building and the remaining fumes from a crude methamphetamine lab can be extremely toxic.

Exposure to the by-products of the chemical reaction remaining in a building is very dangerous to attempt decontamination.

A further complication is that the “cooking” methods for meth frequently change so the proper remediation for a given lab site cannot be assumed from previous known lab methods.

There is a very real issue that’s potentially affecting the health of tenants and contaminating homes in Australia to the point where it can cost a landlord many tens of thousands of dollars to remediate.

The issue is methamphetamine (meth) contamination caused, not only by undetected meth labs, but also the smoking of crystal meth inside residential properties.

Health issues that have been directly related to inhabitants of a meth contaminated property include:

50% of all NZ Government rentals that have been tested for contamination have returned a positive test.

There are close to 400 NZ Government rental properties tagged uninhabitable due to meth contamination.

Australia and New Zealand have the same 0.5μg (micrograms) per 100cm² threshold for contamination.

Some NZ banks are even with holding funds for the purchase of an ex rental until a negative meth test is produced.

Is it happening in Australia? – Yes …

We have the highest number of meth users per capita in the English speaking world. 2.1% of Australia’s 2015 population (503,448) have reported using crystal meth.

These users are reporting more regular and frequent consumption.

Meth will be absorbed by any porous material and will not go away until it is removed. Painting over it will not solve the problem either as meth will eat its way through paint.

The above information was provided by IPSM Australia, please check their website this is an important resource about Meth contaminated properties: http://www.ipsmaustralia.com.au

Australia is in the grip of an ice epidemic

According to an ABC report in January 2015:

“Australia is in the grip of an ice epidemic and hundreds of clandestine drug labs are springing up around the country each year, in suburban homes, motels and even in car boots and trucks. Authorities warn the labs are leaving a toxic legacy, with meth cooks contaminating properties with a cocktail of deadly chemicals and dumping the waste in national parks and waterways.”

That report was over 18 months ago, since then the epidemic has got worse!

According to the IPSM researchers … 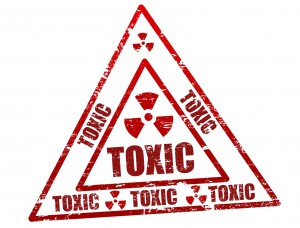 Who is responsible to ensure a premises is safe for habitation?

The property owner is ultimately responsible to ensure a premise is safe for habitation, after the discovery of a meth contamination above 0.5 micrograms in a space 10cm square, under Australian Laws (EPA & Local Govt).

Remediation Required – Where a test reveals contamination above 0.5 μg/100cm2 the Appropriate Authority issues a Pollution Control/Prohibition Order or other Environmental Order against the property (and owner).

Remediation cleaning will then be required to remove hazardous levels of methamphetamine, after which an independent test is then completed to confirm if remediation has been successful.

If readings are below the 0.5 μg/100cm2 then a clearance will be issued, otherwise further remediation may be necessary.

This problem has recently been bought to my attention and we think it is important to bring it to the attention of our Readers as next time you are considering buying a Property this is a serious issue you should enquire about and ask questions as unsuspecting purchasers are being caught.

A recent report in the Herald Sun and Courier Mail in June 2016 highlights the seriousness of the problem in an account of a “Family’s nightmare move” in Victoria.