What does a million dollars buy you in Melbourne today? 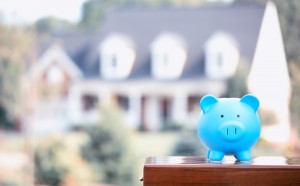 In the year to September 30, 154 Melbourne suburbs recorded a median house price of $1 million or higher from a total of 402 suburbs.

REIV President Richard Simpson said the Melbourne property market had boomed in the past decade, growing from just 17 million-dollar suburbs in September 2007.

“The city’s property market has seen exceptional growth over the past decade with demand for housing being driven by high levels of interstate and overseas migration.”

“Proximity to the city has always been a key consideration for buyers; however, strong price growth in recent years has seen the premium market expand well beyond the inner city suburbs.”

“The bridesmaid effect has certainly impacted on house prices in the city’s middle ring, with buyers looking for new growth areas within 20km of the CBD. Ten years ago, only three middle ring suburbs had a median house price of $1 million, now middle Melbourne is home to almost 60 million-dollar suburbs.”

“Gentrification has also seen once unattractive inner city suburbs grow in stature, particularly in the city’s north with Brunswick, Fitzroy and Collingwood all commanding a median house price of at least $1 million.”

Mr Simpson added that the city’s east and south east had experienced the strongest price growth over the past decade.

While growing more slowly than in the last few years, Melbourne’s property price growth will continue, underpinned by its strong population growth and the influx of 35% of all overseas migrants.

Melbourne now rates as one of the 10 fastest growing large cities in the developed world, with its population likely to increase by around 10% in the next 4 years.

Similarly, some regional centres including Geelong have performed well, but moving forward it is likely that the more affluent middle rings suburbs, which are going through gentrification are likely to exhibit the best property price growth.

As Melbourne residents trade their backyards for balconies and courtyards, villa units with renovation potential and townhouses will make the best investments.