It came as no surprise to me – Melbourne has been named the world’s most liveable city for the fifth consecutive year.

The Economist Intelligence Unit’s liveability survey of 140 cities concluded the world’s five most liveable cities were: 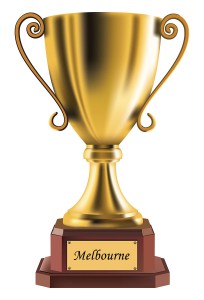 While 20 per cent of the cities surveyed experienced declines in liveability over the past year, Australian cities were found to be “a relative picture of stability”.

Each of the 140 cities chosen is assigned a rating of “relative comfort” for 30 factors across five categories: stability, healthcare, culture along with the environment, education and infrastructure.

Tripoli, Lagos, Port Moresby, Dhaka and Damascus ranked as the five least liveable cities out
of the 140 surveyed.

'Melbourne voted the world’s most liveable city – again!' have no comments