It’s already happened in New South Wales and it could happen here.

We’re not talking about developers cherry-picking the best locations and knocking on owners’ doors.

Rather, a potential a change in legislation that reduces the percentage of unit owners in an apartment building needed to approve selling their complex to developers.

Currently the Victorian legislation requires that 100 per cent of owners approve selling their building en-masse to developers or anyone else interested. 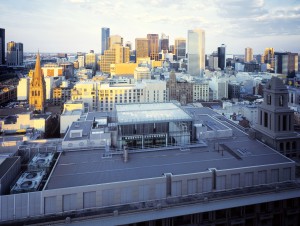 In New South Wales, property law reforms have included reducing that figure to 75 per cent to push the deal through.

It seems unfair at first glance, doesn’t it?

Yet some of thinking behind it is that there are plenty of buildings out there that are in bad shape and the owners corporation doesn’t have the funds to fix them.

Just think of all the six-pack blocks built in the 1950s and 1960s or older dotted around Melbourne.

Not only are many long past their use-by date, they’re also located in desirable inner-ring suburbs.

Of course, those suburbs are in hot demand by developers, but they’re also on the radar of countless buyers who’d prefer to live closer to the city to reduce commuting times.

The problem is supply, with six-pack blocks literally only featuring six units so the number of people who can live in the complex is severely limited.

As we’ve written about before, Melbourne’s population is booming and is tipped to overtake Sydney’s in about 30 years.

In fact, our population is forecast to be about eight million people – some three million more than today in just three decades.

Where are all of these people supposed to live?

There are only so many green-field sites, plus the high cost of transport infrastructure makes financing the development of these locations more expensive than it first appears.

Arguments against reducing the voting requirements for collective sales includes the potential forcible removal of people from their homes – which no one wants, of course. 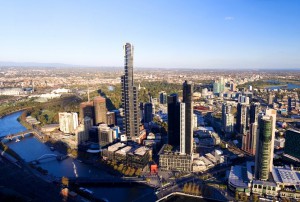 However, if buildings are becoming unsafe to live in, perhaps through concrete cancer, and there aren’t the funds to remedy them, what are the alternatives?

The Andrews Government hasn’t indicated one way or the other its view on the issue.

But it’s fair to say that with Melbourne’s booming population projections, we have to build more residential developments so people have somewhere to live.

Progress is progress after all.