The latest stats from the Australian Bureau of Statistics show that Melbourne once again had the strongest growth of all capital cities, adding 77,242 people in 2011-12 to reach mid-2012 with a population of almost 4.25 million.

Victoria added 88,966 people to close the financial year with 5.624 million people, just under 25 per cent of all Australians.

It was the 11th year in a row that the ABS estimates that Melbourne led the nation’s growth.

In that time, the city’s population has grown by more than 750,000, or almost a quarter. Of course growth at this pace leads to strains on an infrastructure especially in the outer suburbs where much of the growth occurred.

Perth outgrew Sydney to be Australia’s second biggest growth centre, its population swelling by 65,434 or 3.6 per cent, more than twice the national growth rate, to almost 1.9 million.

Planning Minister Matthew Guy was reported in The Age as saying the city’s population was growing by 1,500 a week, or equal to the combined growth of Brisbane, Adelaide, Gold Coast, Newcastle and Canberra.

”There is no sign of that growth slowing. That growth is continuing and has continued now for the best part of 10 years.

It is the policy challenge we face in planning for today and the future.”

He said many of the problems in urban areas arose because growth was not managed well in the last decade:

”We didn’t plan well on a state level for growth.”

The city’s population centre remained in Glen Iris, but most of its population growth came north and west of the Yarra, a dramatic change from 20th-century patterns, which saw it spread in a lopsided way to the south-east.

Clearly Melbourne’s strong population growth has been one of the factor’s underpinning the strength of the Melbourne property market.

The following graph from RPData shows how the overall housing market in Melbourne started recovering around 12 months ago.

There are also many new houses standing vacant in Melbourne’s outer suburbs while new home buyers are standing on the sidelines with their hands in their pockets. 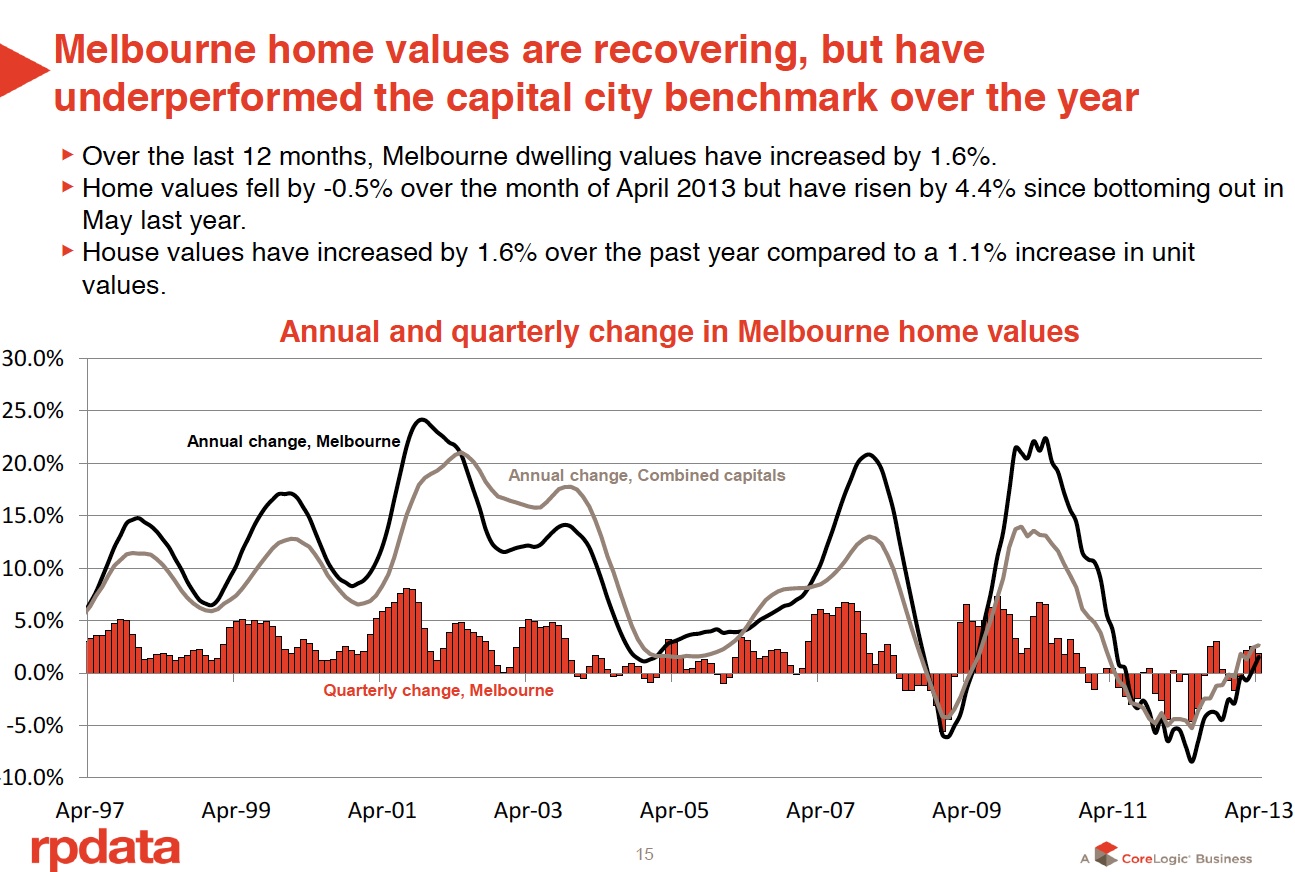 The following graph shows that despite the market picking up and the number of sales rising, turnover in the Melbourne market is still well below average levels 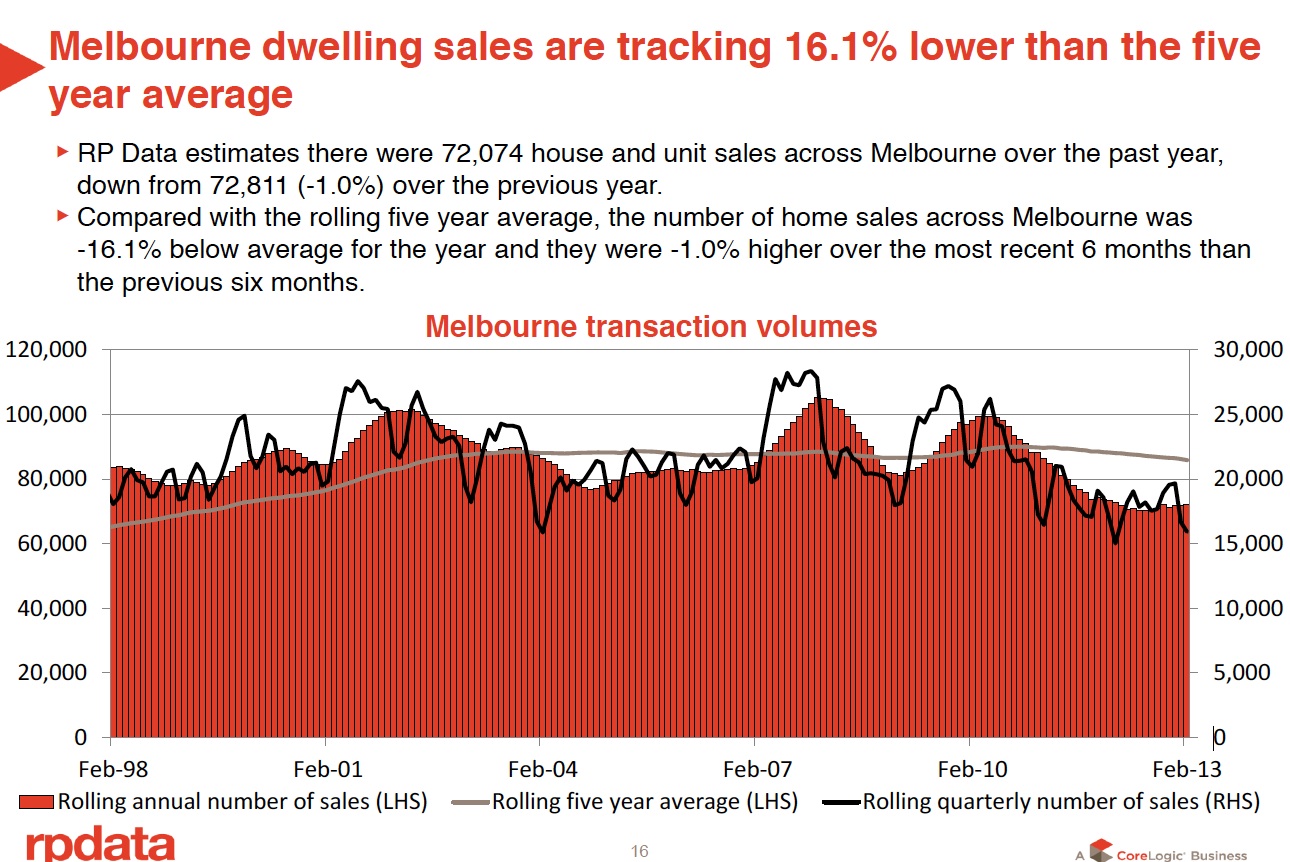