Real estate is often about numbers. Everything it seems, from the price of the house to the weekly rent, can be expressed as a number.

Here are five topical numbers as the market enters spring.

This is the number of units in the suburb of Melbourne. 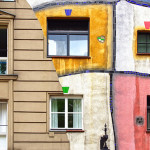 Melbourne has the most individual dwellings of any suburb in the city which will come as little surprise to anyone who has watched the highrise market take off in the last decade.

This is also a very large number in the context of the general density of the city.

By way of contrast, the suburb with the most houses is Reservoir with 13,692 and when you include all the units, the number rises to 20,430, still well short of Melbourne.

With 871 houses sold in the last twelve months Pakenham has recorded the most house sales of any suburb in Melbourne.

The popularity of housing in the suburb is based on many factors, key amongst them is its relative affordability.

There are now 49 suburbs in Melbourne that have a median house value of $1m or more.

At nearly one in ten sales across the city occurring for a sale price in the million dollar range, it is far more common than it used to be.

What has not changed is the most expensive suburb, Toorak, which had a median value of $2.941m and saw 151 sales for more than a million dollars over the past year.

The median value of a house in Melbourne has grown by 30.4 per cent over the past 5 years.

Only two capital cities have exceeded that over the same time, Sydney and Darwin. 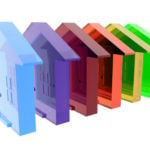 One is the number of suburbs in the cities west that have a median house value of more than one million dollars.

Overlooking the Maribyrnong River and neighbouring the popular Essendon, Aberfeldie has a median house value of $1.04m after a 14 per cent rise in last year.

If you wanted to live there and can afford the price then you will probably need to wait as it is only a small suburb, 1099 houses, and averages only one sale every 6.5 days.

'Melbourne by numbers | Robert Larocca' have no comments