Ever wondered how many bedrooms the average Melbourne house has and 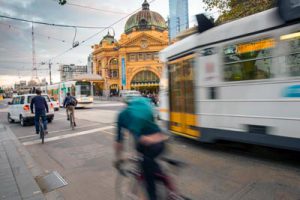 how this differs by dwelling type across Melbourne?

Separate dwellings comprise 66.1% of the stock in Greater Melbourne, but they come in all shapes and sizes, adding to the diversity mix.

A major trend in recent years has been the increasing size of separate houses – as measured by the number of bedrooms.

For many years the humble three bedroom family home was a quintessential part of suburbia, but their numbers are declining for a variety of reasons.

Read on to find out more.

For purposes of simplicity, bedrooms are referred to in this blog as belonging to a dwelling rather than a household.

In the Census, the number of bedrooms is collected from occupied private dwellings only ie households.

The most common are dwellings with three bedrooms, comprising 40% of the dwelling stock, followed by four-bedroom dwellings (23%).

However, as they say, the devil is in the detail, and it’s important to consider bedrooms in conjunction with the type of dwelling (structure).

There is a strong relationship between dwelling type and the number of bedrooms.

The higher the density, the more likely dwellings are to have fewer bedrooms.

The table below shows that around 79% of separate dwellings have three or four bedrooms. 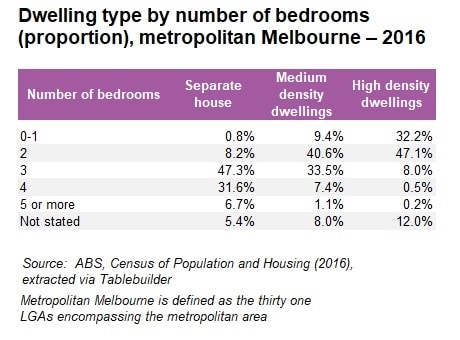 This relationship means that those looking for housing options that don’t “fit the narrative” have limited options.

People seeking a smaller dwelling with up to two bedrooms will find more options in high density dwellings. 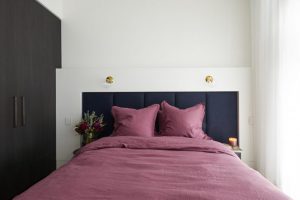 Although separate houses are the dominant dwelling type in Melbourne, and those with three bedrooms are the most common type, their numbers are diminishing.

The map below shows that there is a spatial pattern to this, with the largest declines recorded in established parts of Melbourne’s east.

A combination of factors have contributed to this, such as infill development (demolition and replace with townhouses and apartments), knockdown replace with a larger dwelling, and renovation of an existing dwelling to add more bedrooms.

A number of LGAs recorded a loss of more than 2,000 three-bedroom separate houses between 2011 and 2016, including Whitehorse, Boroondara, Monash and Kingston. 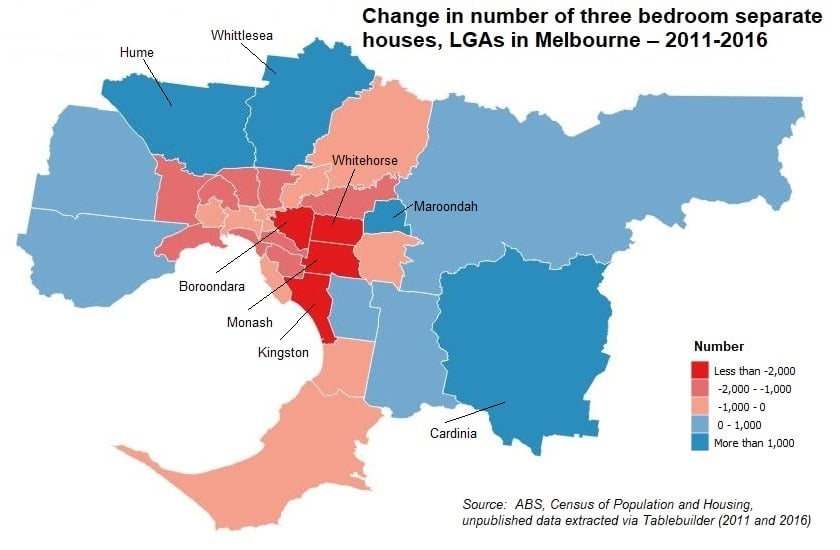 LGAs on the metropolitan fringe displayed the opposite trend and most recorded an increase in the number of three bedroom separate houses.

In these areas, much of the gain is due to the construction of new dwellings in greenfield areas on the urban fringe and is part of the rapid growth trend so evident in contemporary Melbourne.

Whittlesea, Maroondah, Cardinia and Hume all added more than 1,000 three-bedroom houses between 2011 and 2016 to their dwelling stock.

Maroondah is an interesting example, as much of the dwelling growth in this LGA has occurred through the redevelopment of strategic sites and infill, the latter of which tends to increase the stock of medium density dwellings.

Closer examination of the data indicates that there may have been some miscoding of dwelling types in this LGA when the dwelling types are compared over time, creating doubt as to the accuracy of the time series. 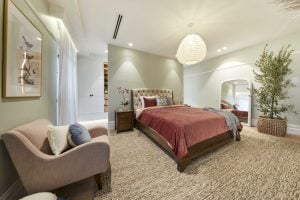 Many LGAs recorded very large gains in the number of four bedroom separate houses, particularly on the urban fringe.

These gains were part of the overall growth trend in metropolitan Melbourne, with the highest gains recorded in Wyndham (6,320), Casey (6,100) and Whittlesea (5,640).

These LGAs have several greenfield development fronts, and these numbers highlight the rapid growth of these areas between 2011 and 2016, which are also reflected in population numbers.

The construction of these larger four-bedroom houses also confirms the general trend toward larger dwellings in Australia.

Ironically, it contradicts the growth in smaller household types, such as singles and couples.

Despite the strong growth in the number of these dwellings, there are only a handful of LGAs where they are the most common dwelling type – Wyndham, Boroondara and Manningham.

This could change in the future if current trends persist. 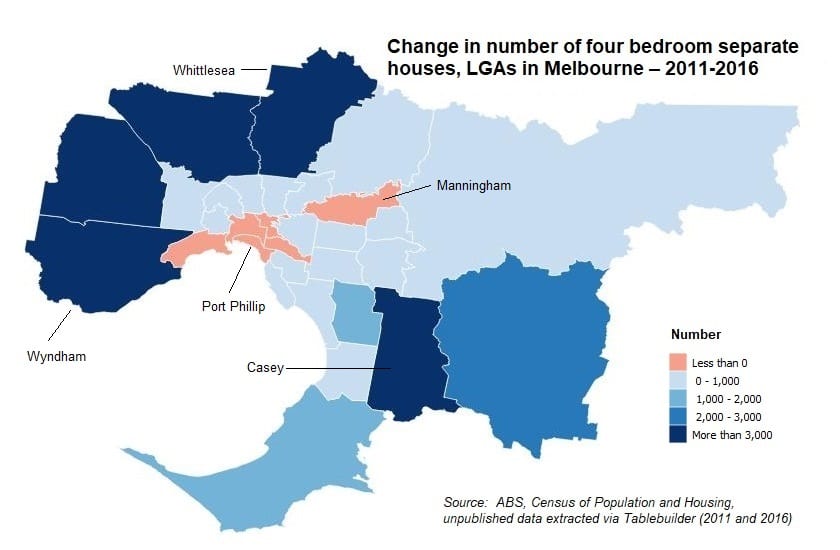 Outer metropolitan LGAs tended to record an increase in both three and four-bedroom separate houses, and this reflects the general market and demand for family homes in these areas.

However, in most cases the increase in four-bedroom houses far exceeded that for three bedrooms. 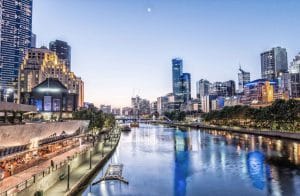 For instance, Whittlesea’s increase in three-bedroom houses was 1,410, but for four bedrooms it was 5,640 ie four times as much.

This trend suggests that the construction of four-bedroom houses is becoming the norm in these areas.

Very few LGAs recorded a decline in the number of four-bedroom separate houses.

As seen in the map below, they were concentrated in the inner city, but also included the LGAs of Manningham and Hobsons Bay.

Most declines were modest – Port Phillip’s decline of 200 four-bedroom houses was the highest recorded.

These losses are also occurring due to these trends described above ie infill, knockdown replace and renovation.

How do these trends impact housing diversity? 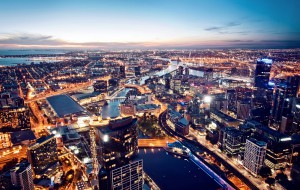 Last week we found that outer metropolitan LGAs had low levels of housing diversity due to the high proportion of separate dwellings.

However the reality is that housing markets and complex and evolve over time.

This suggests that Wyndham does not cater well for smaller household types, but the rapid growth can mask other housing trends.

For instance, between 2011 and 2016 the number of medium density dwellings more than doubled, and now comprise 16% of the dwelling stock.

Not only are there more infill developments in older areas such as Werribee, but newer suburbs such as Williams Landing also contain units and apartments as part of the housing mix.

A greater mix of dwelling types contributes to more sustainable communities as it can cater for a range of household types. 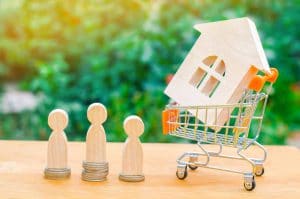 The most common dwelling in Melbourne contains three bedrooms, comprising 40% of the stock.

However, there is a strong relationship between the dwelling type and the number of bedrooms.

Around three-quarters of separate houses contain three or four bedrooms, whereas a similar proportion of high density dwellings contain up to two bedrooms.

Three bedroom separate houses are declining in number, particularly in Melbourne’s east where they are being replaced with medium density dwellings (townhouses, units and apartments) and larger dwellings containing more bedrooms (knockdown replace and renovation).

Four bedroom separate houses are increasing their number in most parts of Melbourne, continuing a general trend towards larger dwellings.

The combination of these trends confirms that dwelling diversity is complex to measure.