All eyes turn to Melbourne.

The driver of this is clear, since Victoria alone has been creating almost all of Australia’s jobs lately. 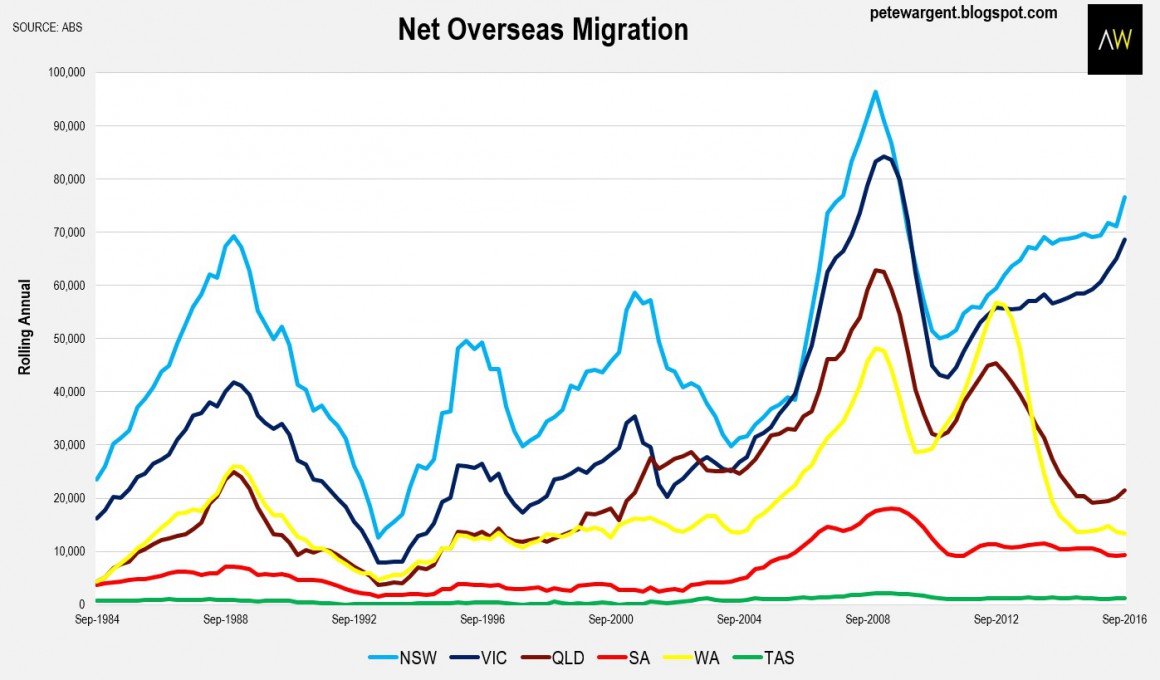 As a result the most populous states are mopping up a huge share of population growth, with New South Wales and Victoria alone accounting for 68 per cent of the population increase, and Queensland a further 19 per cent. 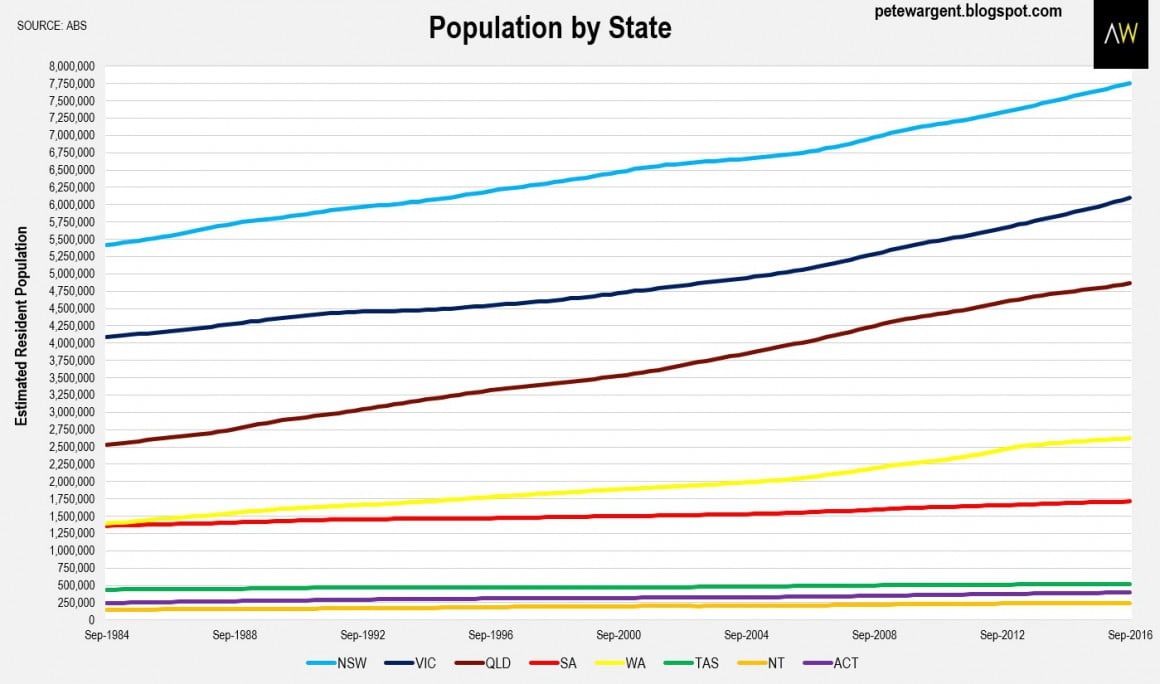 Absolute population growth increased to 67,700 in Queensland and a massive 109,600 in New South Wales – mainly into Greater Sydney – but Victoria is breaking demographic records not seen since the gold rush, with the total population exploding 127,500 higher over the year to September. Here are those same numbers looked at over the past three years, with South Australia and Western Australia losing momentum, and the largest capital cities gaining population growth at their expense. 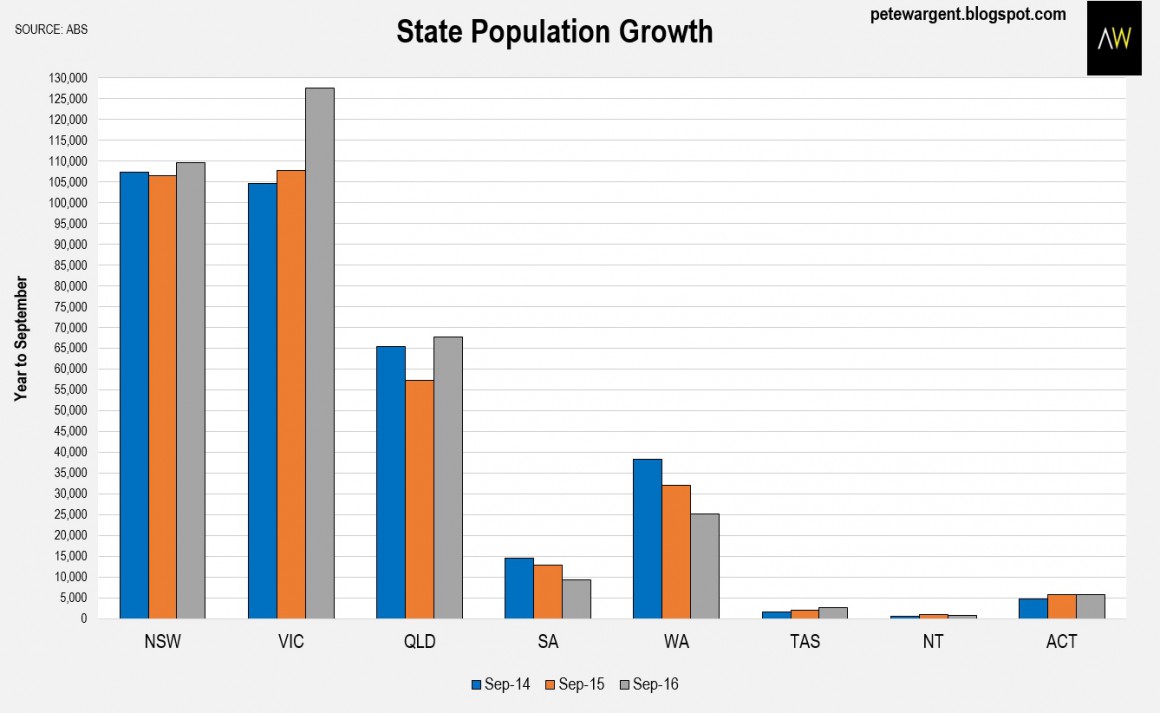 The massive headcount growth into Melbourne in particular explains why residential housing vacancy rates have been falling, close to a decade low at the last count.

Despite many new tower blocks adorning the skyline, a record supply of small apartments has only partially absorbed a vast surge in migration to the Victorian capital.

'Melbourne crowned king of jobs & growth' have no comments