The Melbourne weekend home auction market recorded a solid result on the weekend despite falling below last weekend’s outcome. 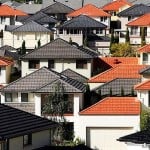 The clearance rate of 75.4 percent although below last weekend’s 76.4 result was nonetheless positive with record numbers of properties going under the hammer spoiling buyers for choice.

1558 homes were listed for auction in the Melbourne metro area in Saturday which is the all-time record for any day for home auctions and well ahead of the previous record set over last year’s pre Melbourne Cup holiday weekend Super Saturday with 1365 auctions.

The falling trend in clearance rates may reflect the recent surge in auctions with October clearly breaking the all-time record for listings for that month.

Next best was the inner south with 82.5 percent with the most number of sales with 170 from 206 reported auctions  followed by the south east with 80.5 percent , the north east, 79 percent, the inner east with 75 percent and the north with a clearance rate of 74 percent.

Latest Domain Group data from APM Pricefinder reports that the Melbourne median house price increased marginally by just 1 percent over the September quarter – the lowest result in the series for 2 years.

Melbourne’s weakening house price performance over the September quarter was reflected in other major capital city markets which consistently reported falling house prices as the impact of historically low interest rates of the past year diminishes.

The standout exception was Sydney where prices growth remains strong and trending upwards although not at the boom-time rates of a year ago.

Although prices growth is moderating in Melbourne, the local auction market remains largely in favour of sellers despite a surge in listings to record levels over the past month .

Next weekend the auction market pauses for the distraction of the Race that Stops a Nation – then heads into the home straight with plenty of steam up to Xmas.

Get all the auction results at http://www.homepriceguide.com.au/