There has been no short of changes as of late, affecting; politics, economy and our day to day lives.

These changes have had a great impact on the investment market.

This is what is discussed by Dr. Shane Oliver, chief economist of AMP Capital, in his recent Oliver’s Insight.

Recent developments – including the rise of populism, developments in the South China Sea and around commodity prices along with relentless technological innovation – have relevance for longer term trends likely to affect investors.

So this note updates our analysis on longer term themes that will likely impact investment markets over the medium term, say the next 5-10 years.

Being aware of such megatrends is critical given the short term noise that surrounds markets.

But it’s likely run its course as the GFC and constrained economic growth have left consumers wary of adding to already high debt levels and banks’ lending standards are now tougher.

The backlash against economic rationalism

Its arguable that support for economic rationalist policies (deregulation, privatisation and globalisation) peaked over a decade ago.

The corporate scandals that followed the tech wreck and the financial scandals that came with the GFC have seen an increase in regulation, the Doha trade round has been stalled for years and now the combination of slow post GFC growth and rising inequality (see the next chart) in the absence of the ability to take on more debt to maintain consumption growth are leading to growing populist angst.

This is evident in the success of Donald Trump, the Brexit vote and the recent Australian Federal election.

Of course this is just the way the secular political pendulum swings – from favouring free markets in the 1920s to regulation and big government into the 1970s, back to free markets in the 1980s and 1990s and now back the other way with each swing ultimately sowing the seeds for the next.

But the risk is that the shift away from economic rationalist policies in favour of more populist policies will lead to slower productivity growth and ultimately rising inflation as the supply side of economies are damaged & easy fiscal policy is adopted.

Implications – populist polices could slow productivity and set the scene for the next upswing in inflation.

The end of the cold war and the stabilising influence of the US as the dominant global power in its aftermath helped drive globalisation and the peace dividend post-1990.

Now the relative decline of the US, the rise of China, Russia’s attempt to revisit its Soviet past and efforts by other countries to fill the gap left by the US in various parts of the world are creating geopolitical tensions – what some have called a multi-polar world.

This is evident in increasing tension in the Middle East between (Sunni) Saudi Arabia and (Shia) Iran; Russia’s intervention in Ukraine; and tensions in the South China Sea (which have recently been increased by a UN sponsored international court ruling in favour of The Philippines regarding island disputes) and between China and Japan.

Implications – geopolitical tensions have the potential to disrupt investment markets at times.

The demographics of aging and slowing populations have long been talked about but their impact is now upon us.

We are living longer and healthier lives (eg, average life expectancy in Australia is already around 83 years and is projected to rise to 89 years by 2050) but falling fertility rates are leading to lower population growth.

The impact is more significant in some countries, which are seeing their populations fall (eg, Japan, Italy and even China) than others (eg, Australia, where immigration and higher fertility is providing an offset) and others still where population growth remains rapid (eg, India, Africa and the Middle East).

Implications – at the macro level this means: slowing labour force growth which weighs on potential economic growth; increasing pressure on government budgets from health and pension spending and a declining proportion of workers relative to retirees; a “war for certain types of talent”; and pressure to work longer.

At the industry level it will support growth in industries like healthcare and leisure.

At the investment level it will likely see an ongoing focus on strategies generating income (yield) while at the same time providing for “more stable” growth to cover longevity.

The commodity super cycle may be close to bottom

Since around 2008 (for energy) and 2011 (for metals) the commodity super cycle has been in decline as the supply of commodities rose in response to last decade’s commodity price boom combined with somewhat slower growth in China.

However, after 50 to 80% peak to trough price declines and with supply starting to adjust for some commodities (eg oil) it’s quite likely that we have seen the worst (in the absence of a 1930s style recession).

This doesn’t mean the next super cycle commodity upswing is near – rather a long period of base building is likely as we saw in the 1980s and 90s.

Implications – Low commodity prices will act as a constraint on inflation and interest rates but the likelihood that we have seen the worst may also mean that the deflationary threat will start to recede.

In other words it adds to the case for a bottom in global inflation.

The impact of technological innovation is continuing to escalate as everything gets connected to the internet.

The work environment is being revolutionised enabling companies to increasingly locate parts of their operation to wherever costs are lowest and increasingly to automate and cut costs via automation, nanotechnology, 3D printing, etc. 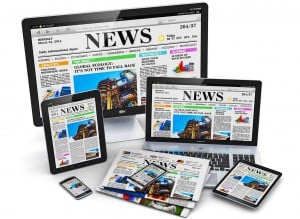 The intensified focus on labour saving is likely good for productivity and profit margins but ambiguous for consumer spending as it may constrain wages and worsen inequality and could ultimately hamper growth in emerging countries.

There is also the ongoing debate that with so many “free” apps and productivity enhancements, growth in activity (GDP and hence productivity) is being underestimated/inflation overestimated and consumers are doing a lot better than weak wages growth implies.

So fears around inequality and stagnant real incomes may be exaggerated.

But also a potential positive for growth.

Low levels of urbanisation, income and industrialisation continue to mean that the emerging world offers far more growth potential than the developed world.

While big parts of the emerging world have dropped the ball (South America and Russia particularly), the reform and growth story remains mostly alive in Asia – from China to India. Both China and India are seeing a surging middle class, with China’s growing from just 5 million people 15 years ago to now 225 million.

This means rising demand for services like healthcare, leisure & tourism.

Tourism and services should benefit particularly from the rising middle class in China and India.

The environment and social values

Concern about the environment is continuing to grow and higher social standards are being demanded of governments and corporates.

This reflects a range of developments including increasing evidence of the impact of human activity on the environment, younger generations demanding higher standards and social media that can destroy reputations in a flash.

Implications – this will favour companies that adhere to high environmental, social and governance standards.

Renewables share of power production will only grow as alternatives like solar continue to collapse in cost and solar energy storage becomes mainstream.

Likewise advances in battery technology are seeing a massive expansion in the use of electric cars which will feed on itself.

Implications – this has huge negative implications for oil and coal and along with the impact of shale oil production will keep a ceiling on energy prices.

At a general level there are several implications for investors 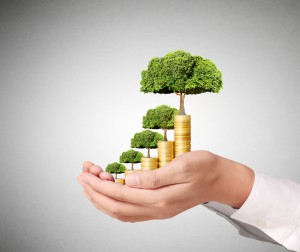