Saving for your first home is getting harder!

According to a recent article in the Domain if you saved 40 per cent of your income from today, it would take until 2021 to purchase your first home.

Saving for your first home is getting harder!

According to a recent article in the Domain if you saved 40 per cent of your income from today, it would take until 2021 to purchase your first home.

Considering the cost of a 20 per cent deposit and stamp duty on an average first-home buyer purchase, it would take more than 4½ years to have enough to buy, according to Domain Group chief economist Dr. Andrew Wilson.

After saving this amount for close to five years, provided prices had not increased in half a decade, you’d be able to afford a modest home under $500,000 – likely an older one – or two-bedroom apartment in a middle-ring suburb, such as Parramatta or Westmead.

House buyers would be looking 55 kilometres west of Sydney or on the Central Coast. 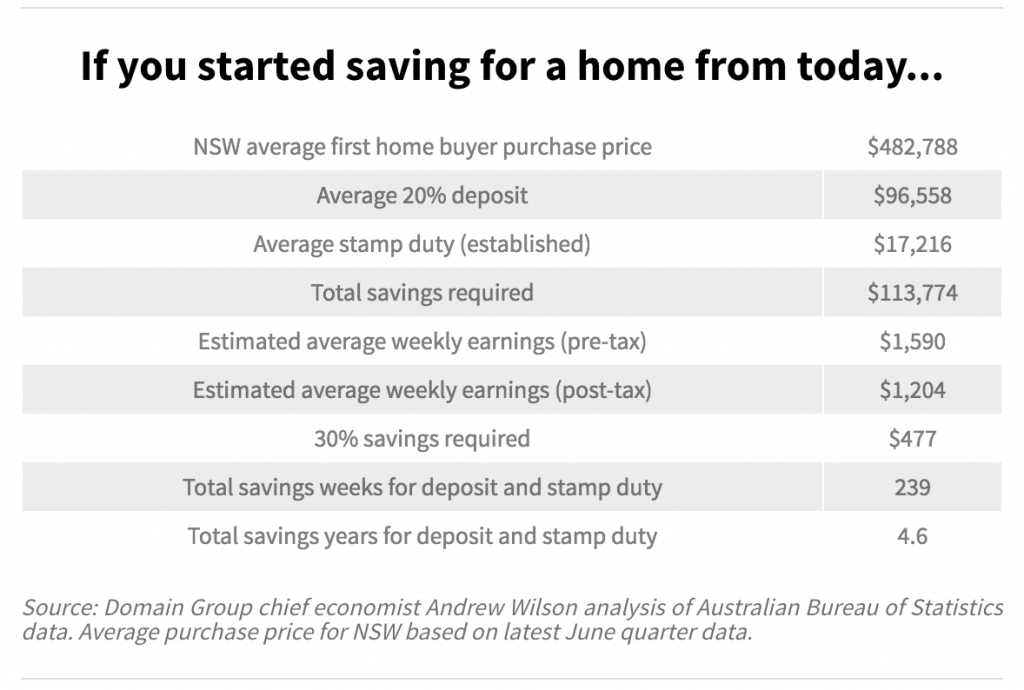 Even this is unrealistic

Given this doesn’t factor in any increases in the property price post-June 2016, or increases in rent and living cost that outstrip any pay rises, it’s likely even this figure is optimistic, Dr Wilson said in Domain.

“In reality, if you started saving today it would more likely take you seven years,” he said, anticipating rental costs would increase by more than 10 per cent over this time.

“It would take a lot of sacrifice, you wouldn’t be able to go on holiday or buy a new car,” he said.

“Instead it’s likely more will see [saving a deposit] as insurmountable and it’s creating an environment of full-time renters.”

But there is an alternative – Rentvesting

Rather than buying a home first many people are turning to rentvesting.

In fact, Mortgage Choice’s latest investors survey revealed 36.6 per cent of investors were first time buyers – up from 21.1 per cent at the same time last year.

This trend, described as “rentvesting” suits the lifestyle of many millennials, allowing them flexibility in where they live, giving them the opportunity to travel and at the same time grow their wealth.

Interestingly buying an investment property first may help you achieve your ultimate goal of owning your dream home in the future.

To learn more about the benefits of Rentvesting please read this blog:  RENTVESTING – IS IT BETTER TO RENT & INVEST OR BUY YOUR HOME YOU FIRST?