Well if you’re like me, and you want to go out shopping for real estate, one of the things that I do not like doing is going out with a real estate agent.

I’d much rather go to an open home. Be a lot more relaxed, and you can have a look around in your own time.

You can make a list of the properties you want to go and see, and then do it as I say, at your own time. So, last week on Real Estate Talk I interviewed Andrew Mirams from Intuitive Finance, about how to get the most out of going to open home inspections.

Here is the transcript of that interview:

Kevin Turner: Andrew, how are you?

Andrew Mirams: I’m very well Kevin, thank you for having us.

Kevin Turner: That’s OK mate. Now I understand on your website, you’ve also got a great checklist which we’ll talk about in just a moment.

Kevin Turner: But what advice do you give to people, I guess based a lot on your own personal experience too, how to making the most out of getting to an open home?

Andrew Mirams: Yeah, look, well the first reason normally people are going to an open home in the first place, Kevin, is because they’re interested in buying.

Andrew Mirams: So I would suggest that the very first thing that people do is get a finance pre-approval in place.

I think we’ve all heard of many stories of people going out and buying something on a weekend and then trotting in and having issues getting finance on a Monday.

So get a pre-approval in place would be the very first thing. It’s one less thing you have to worry about while you’re looking at houses.

Kevin Turner: Yeah. OK, and I guess in doing that too you’re going to have a bit of a wishlist aren’t you, of things that you want?

Andrew Mirams: What it normally does is it starts to create, yeah, a mind map for you or something like that, that you’re going to say well, if we’re upgrading or buying our first home or buying a unit, etcetera and it’s for our own liveability, there’s obviously things we all want from that.

Whether it’s bathrooms, how many toilets, what sort of kitchen you want, how many bedrooms, do you have kids or not, do we want a study, all those sort of little things.

I think it’s important to know what you want rather than just going open slather and looking at places.

Kevin Turner: Yeah, one of the things that are most important, it’s almost like having a list and you can almost tick them off whether you do it mentally or physically, doesn’t really matter, but as long as you’ve got that list. I think the other thing too is you go..

Andrew Mirams: I think with that Kevin, the big thing is, it’s really hard if you’re doing a number of things mentally it becomes really difficult.

Kevin Turner: Yeah it does.

Andrew Mirams: I would say technology is really wonderful now with iPhones and cameras and notes, and we have a fantastic checklist on our website which I’ll talk to you about in a minute, but I think it’s take notes.

Andrew Mirams: Don’t try and do it mentally, it gets too hard.

Kevin Turner: That’s very good advice. The other thing about being able to go to an open home is that you can actually take your time and really go around at your own pace, because most agents will leave you alone, Andrew. 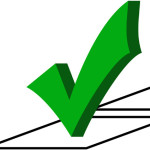 Andrew Mirams: Absolutely. Look, it depends on the market and what you’re looking at, but generally the agent will be at the front door.

They will have their pen and paper ready to get who you are and what you’re doing there. Some people try and play fun and games with that. If you’re actually genuinely interested, give them your details.

What have you got to lose? Even spend a bit of time talking to the agent. There’s probably a few things you can ask them, some a bit cheekily, but sometimes the agents are quite forthcoming because again, they’re the middle man and they want to put the two, the buyer and seller together.

Kevin Turner: Just on that point there about making sure that you give your details, you’re right. If you’re serious about it, you’ll want the agent to be able to answer some of your questions.

Whether or not you ask those questions at the open homes is going to depend on how many people are there. So there’s nothing wrong with asking the agent, are you going to call me back later because there are a number of questions I want to ask you?

Andrew Mirams: Absolutely, I think that’s a great point. Some people are very open and others are more private.

If you don’t give them your details and then you fall in love with the place, because it’s the best one you saw on Saturday and then Monday you ring them, and they say they’ve sold it because they’ve accepted another offer and they didn’t know you were interested, well you’re doing yourself a disservice aren’t you?

Kevin Turner: You are indeed. Some of the typical questions that you should ask, we probably should run through a few of those too, as well Andrew?

Andrew Mirams: Well obviously if it’s for auction there is a set date when it’s going to be for sale. But in a current market like we’re enjoying at the moment where it’s low interest rates and quite buoyant markets across the states, I think asking, have you had any offers and has the vendors rejected any offers, is a really important thing. 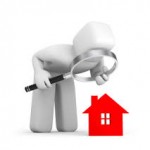 It seems that can often dictate the vendor or the seller’s motivation. Another one is, if it’s for private sale, how long has it’s been on the market?

There’s some great tools also you can utilize through good buyers advocates or ourselves. Mortgage brokers will have access to things like RP Data. You can generally get that sort of information as well.

Has the building inspection been done? They can be quite costly if you start looking at a number of different places. Often there’s, one has been done and sometimes you might be able to get a copy of it for nothing.

I think a great question to ask is, and again, I guess the agents have to be careful with how they answer this, but why are the owners selling?

Kevin Turner: It’s pretty important to know that actually I think, and that is one of the key questions you need to ask.

Andrew Mirams: I agree, you know, if it’s a divorce you know that there’s actually, most likely there has to be a sale, or a deceased estate, the executors don’t want to hold on to it, etcetera.

It might give you some ability to negotiate, not always on price, but to meet their motivation.

Kevin Turner: Yeah, you might not always get the answer, but as I said, it is well worth asking the question.

Kevin Turner: Things like, when was that house last renovated, and particularly if it’s a unit, asking what the owner costs are, or the fees?

Andrew Mirams: Absolutely, I think that’s a great one. Also if you look around at the appliances, how old are they?

Andrew Mirams: Do they all work? I think, some people you see when they’re in open homes, they can be quite cheeky. But I think turning on taps and seeing how quick the hot water responds or what’s the pressure like?

The little things, you don’t want to buy it and make your biggest investment decision, it’s going to be your home, and realize that the hot water takes ages or the significant expense to get things up to speed where you may or may not want them.

Kevin Turner: Very good advice. Now that checklist you mentioned that’s on your website, tell us a bit about that.

Andrew Mirams: Absolutely. We encourage all our clients when they’re out looking into the market to go to our website. If you go on there, it’s under Handy Tools.

Or Tools and then go down, and you drop down on that box to Intuitive Finance Handy Tools. What you’ll see there is a Home Inspection Checklist. We print these off, we’ll give these to clients when they’re looking or obviously you can get on and load it.

We generally say take a few if you’re going to a number of houses on the weekend. And when you mention at the start, Kevin, is highlight what’s important to you.

We get them to run a highlighter over it, what are the most important things there are, because the checklist has a rating system, poor, average or good.

Some people put numbers, depending exactly what they’re looking for. Rather than filling in all the address details on all that, as you walk in, all the agents normally give you a nice pamphlet or flyer, attach that to it, make your notes and comment, and you walk out. What you do is you start to build a nice database of information for yourself.

Andrew Mirams: That’s on our website, it’s www.intuitivefinance.com.au. Under Handy Tools and then drop down to the Handy Tools box, and you’ll see the Home Inspection checklist.

Kevin Turner: Mate, a very comprehensive rundown. Thank you very much for sharing that knowledge with us. Andrew Mirams from Intuitive Finance. Mate, thanks for your time.

'Making the most of open homes | Andrew Mirams' have no comments