A major new neighbourhood social network will be the answer for the majority of Australians who are not connected with their neighbours.

Nabo tells us what they are all about here:

Live now, Nabo (nabo.com.au) is a free social media platform that enables individuals and community organisations to instantly and directly connect online with others in their suburb. 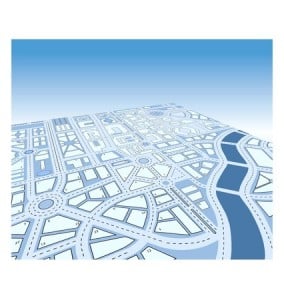 The launch comes in tandem with research by Nabo – a survey of an independent panel of 1000 Australians[1] – that reveals more than 50% of Australians are not connected with their neighbours beyond a chat over the fence, more than 80% know of no community initiatives that could connect them with others in their suburb, and more than 50% believe no adequate initiatives exist.

Less than 30% are connected with their neighbours by phone number or email.

The research also reveals that those who spend more time on social media platforms spend less time with their neighbours, and find it more challenging to reach out to them.

In addition, Generation X knows its neighbours less and is less confident in reaching out to them than older generations.

Nabo founder and CEO Adam Rigby says, “Up to now, it’s clear that community initiatives and social media platforms have not succeeded in connecting people with their neighbourhoods: less than 8% of our respondents are connected with their neighbours on Facebook, for instance.

“Nabo is the answer.Nabo is not just another online community but a community online that corresponds to the suburb you live in.”

Nabo’s benefits are enormous in terms of building better and healthier communities, reducing crime and connecting people who may feel socially isolated.

“Our survey found that 1 in 4 Australians would not expect their neighbours to help in the case of a break-and-enter at their property, and 1 in 4 have felt isolated in their neighbourhoods.”

A similar community-based social network in the US has so far engaged 45,000 US neighbourhoods and partnered with local police – reducing crime by 10 per cent in one city alone, according to police[2].”

Over the past two months, a pilot scheme of Nabo in 19 suburbs across Sydney, Melbourne, Brisbane and Newcastle has seen neighbours connect and help one another on a range of issues, including a fruit and vegetable co-op, garage sales, and a local street clean up. 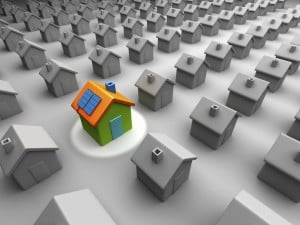 Nabo will now extend to all communities across Australia, with the aim of reaching a million users by the end of 2015, as well as to have 60 councils, 6000 local community groups and local authorities on board, encouraging them to share and interact in their community online.

“We are working with local councils to enable them to use the platform to communicate with their constituents and we currently have some in Brisbane and Sydney piloting the program before we launch nationally.”

To join Nabo, individuals sign up under their street address and real name, and can explore the site for 30 days during which time Nabo verifies their address.

Community groups can use Nabo to connect people with events and local services and to share news, and any resident can create their own community group to find like-minded people who live close by.

Adam says, “Whether it’s searching for a lost pet, borrowing a ladder, recommending a local tradie, finding a babysitter to meeting up through parent groups, organising community events and alerting neighbours to crime in their area, Nabo is the easiest way for people to stay in touch locally. It is also free to join.”

Warwick Hood (58) joined Nabo after relocating from The Hills in Sydney’s west to Manly earlier this year.

He explains, “While I’m now just a quick ferry ride away from work, my new beach setting has its challenges.

When I first arrived in Manly, I didn’t know anyone in the local area and struggled to find clubs and activities that suited my interests.”

He continues, “When I joined the ‘online suburb’ within Nabo, it was me and just one other person who made up the community. Now, less than a month on, there’s 40 of us.

“Nabo is a great idea, especially for people like me who are looking to meet others with similar interests. You could say it’s a local version of other social networking sites combined with a modern spin on newspaper classifieds.

While in its early stages, I can already see the benefits of meeting new people. It provides me with much greater opportunities to connect.

Once it gains headway, I’m sure it will become a focal point for information and connections in suburbs across Australia”

[1] An online survey of an independent panel of 1000 Australians, with nationally representative quotas for age, gender and location, conducted by Pure Profile. 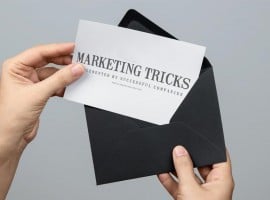 'Majority of Australians lack connections in their suburb' have no comments